Located on the right side of the historical quarries in the continuation of Harran Inn El-Babur road, The Caves are located in the most recognizable and beautiful place of the region. This place, which is referred to as 'Bazda', 'Albazdur', 'Elbazde' or 'Bozdag', in the cavity of a very large mountain. It is understood that the Caves were created by humans on the basis of the Arabic inscriptions found on the rocks, which are understood to be from the 13th century. This cave was used as a quarry in the past. On a large cave formed by the stones falling in a cutting manner on the outer façades of the mountain, the caves were operated by people such as 'Abdurrahman El-Hakkari', 'Muhammed Ibn-i Bakir', 'Muhammed El-Uzzar'. Bazda Caves in the nearby area of Shuayp Ancient City and Harran is located. As a result of the stones taken from these areas for hundreds of years, many squares, tunnels and galleries have been formed in the caves. Its largest area is two storeys and has a square with feet up to 10-15 meters. Thanks to the tunnels created in the cave, exits from inside the mountain to different directions were provided. One of the most famous on a historical Bazda Caves are located in the important tourist field trips areas of the region. 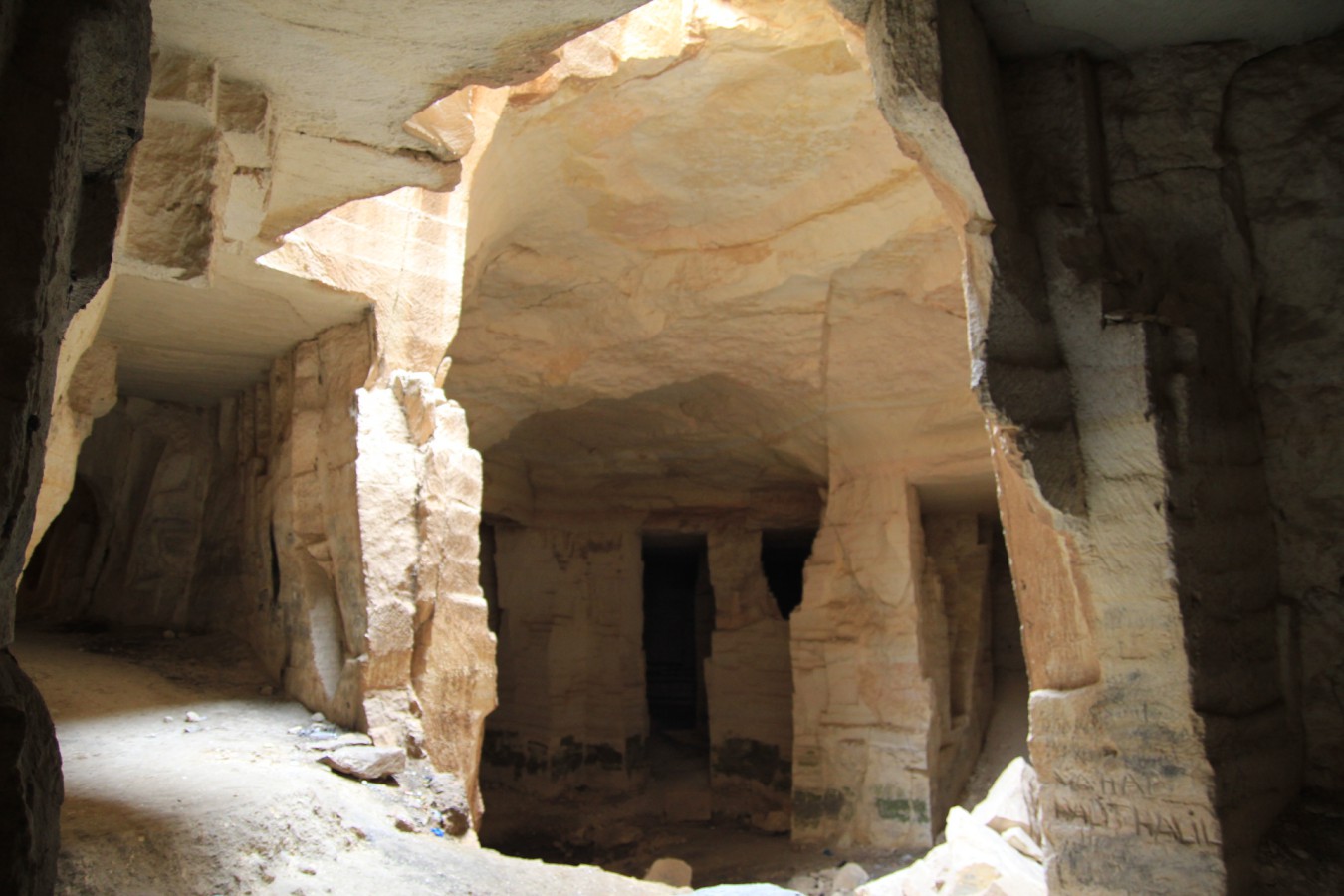