Porta Monastery is located in Pırnallı Village in the central district. The monastery was built by Prince Khaouli in the 10th century. He is also the grandson of Ashot I. Despite this, the final form of the building takes shape during the King Gurgen period. The Porta Monastery consists of a chapel and a fountain, outside the bell tower. When the layout plan of the place is examined, it is understood that Tao Klarjheti was a culturally important center in those years. However, there is no information about where the name of the village came from. Porta is generally thought to be a name of Georgian origin, but it comes mainly from Italian etymologically. Its meaning can be explained as 'Great Castle'. As a matter of fact, space is at a level that gives the right of its meaning. The Eastern Black Sea Region was in the hands of the Genoese for many years before the Ottomans. This name is estimated to be from that period. Porta Monastery is defined as the entrance to the Caucasus for many people. This village is also home to many castles. Porta Monastery is referred to as "Hanztis Monasteri" in Georgian sources. Some houses belonging to the hamlet can be seen around the monastery located between two valleys in the south of Pırnallı Village. According to estimates, this place was abandoned in the 16th century. Both the monastery and these houses offer important data, especially on the architecture and layout of the Middle Ages. There is some information about the first construction periods in the inscription of the Porta Monastery. Cut smooth stones are preferred for the outer walls of the monastery. In other regions, rough sculpting stones are generally used. The platform called "Bema" is located in the middle and has a rectangular plan. The apse is located in the eastern part of the Bema. It is possible to see pastoforion rooms next to it. The bell tower is located just south of the church and it consists of two parts. 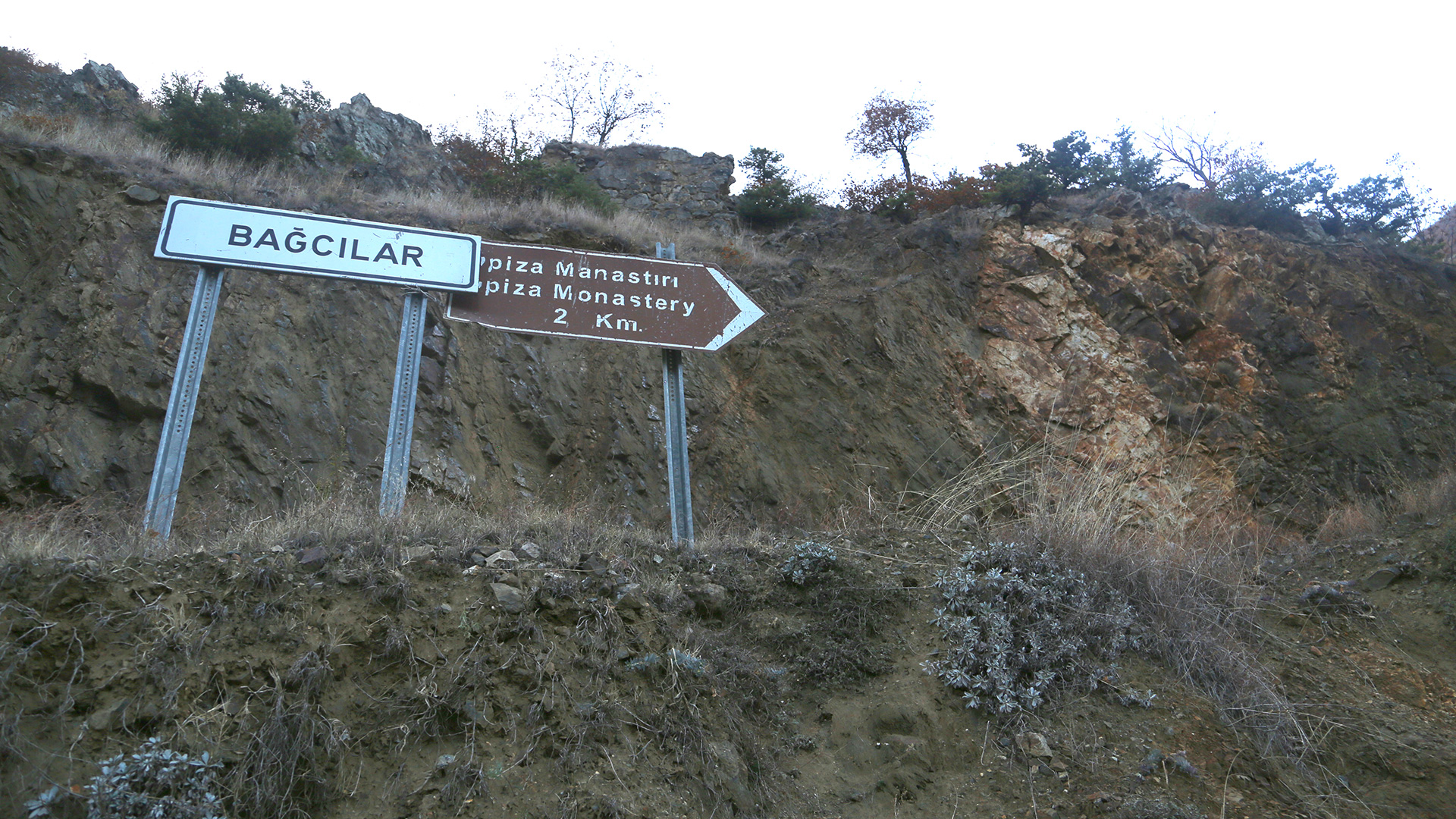 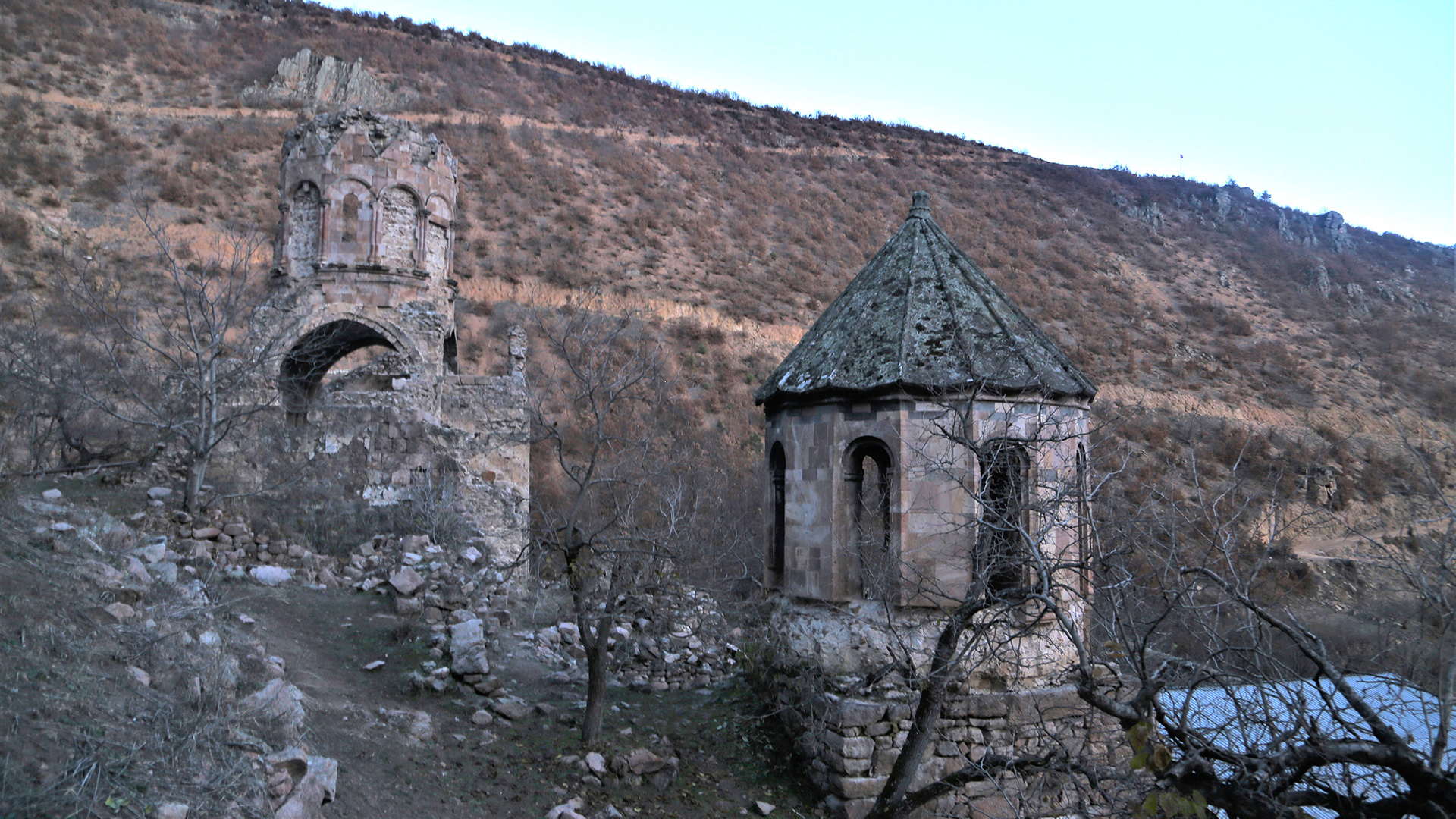 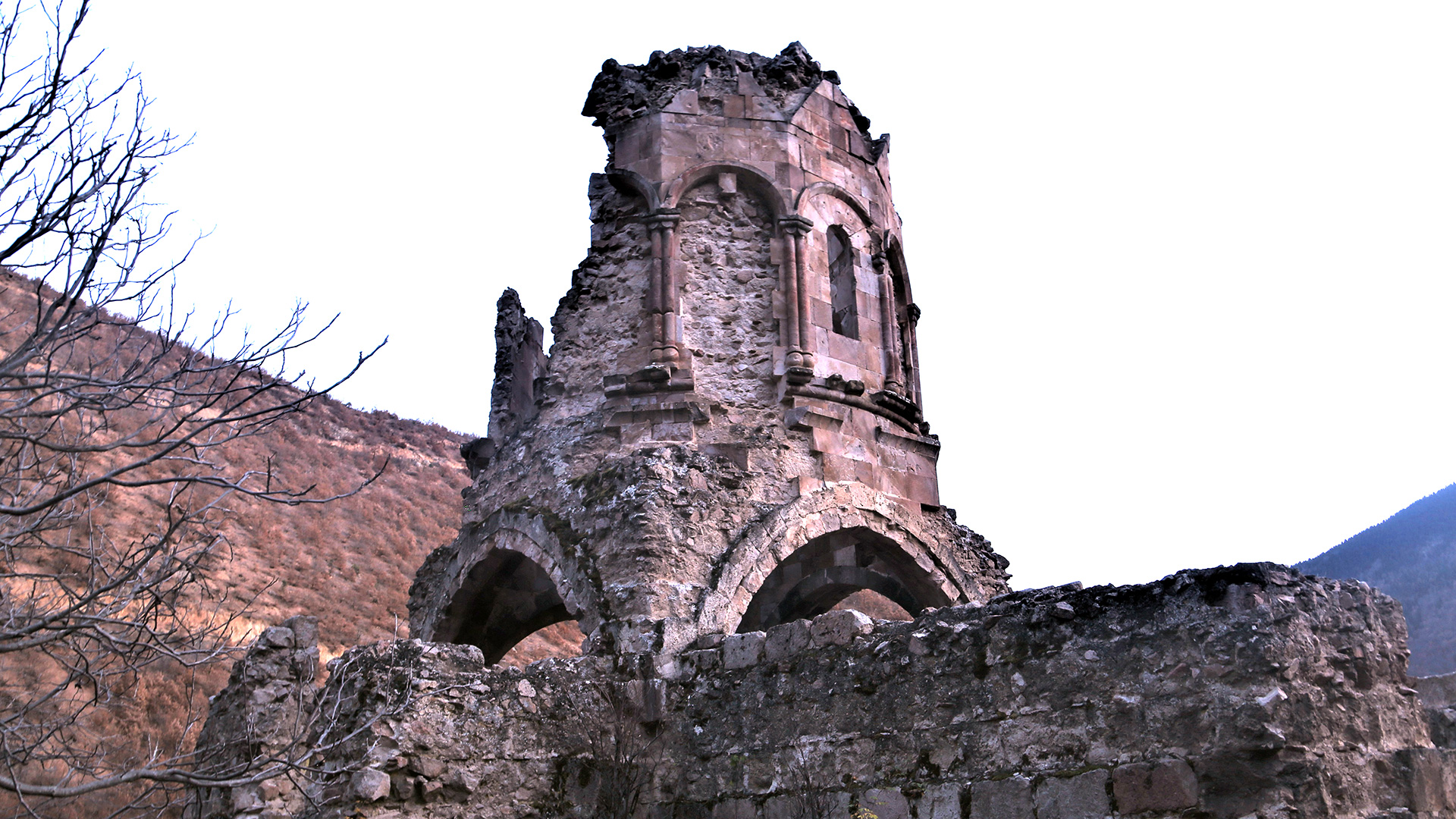