Bozukkale, located in Muğla, serves as a stop for Blue tours, especially because it is sheltered against the wind. Boats that want to go to Bodrum via Marmaris often stop here. If you want to reach the area by road you can come by car from Söğüt to Taşlıca, but you may have to walk the rest of the way. This area is also seen throughout history as an important location due to its strategic location. It is known that the Athenian navy stayed in this area in 1412 BC.

Nowadays, there are some small restaurants serving Blue tour boats in the Bay. The ruins of the ancient city of Loryma, located in Bozukkale, are mostly at the entrance of the Bay. The peak sees the Bay in its entirety. The most precious relic that can be reached from the ancient city is of course the castle. The length of the castle measures about 120 meters. This castle, in time, especially the entrance point of the bay acts as a shield. Against the intervening time, it can be said that the castle is in very stable condition. Climbing the castle in the northern part of the Bay is not as easy as thought.

'Loryma' comes from Karyia languages with Luwi. For this reason, there is no semantic equivalent in the Hellenic language. At the same time, information about the founding period of the ancient city is insufficient. In the texts of Strabon, it is mentioned as ‘a rugged coastline in Caria’. In the written sources of earlier periods, the city was expressed as’ the Land of the opposite collar'.

Loryme does not succeed in being an important city during its active existence. There was no comprehensive field study of the ancient city. Although inscriptions carved on the rocks indicate Zeus Atabyrios, there is no definite information about his temple. Apart from the ancient city, those who come to Bozukkale have the chance to explore other important points such as Marmaris Castle, Turgut waterfall, chimney cave. 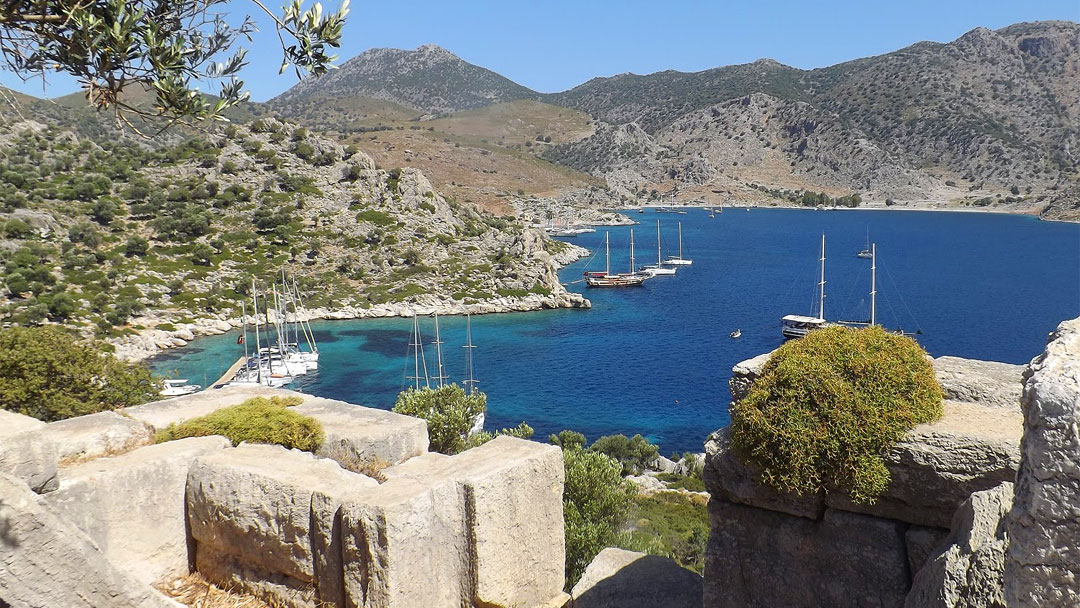 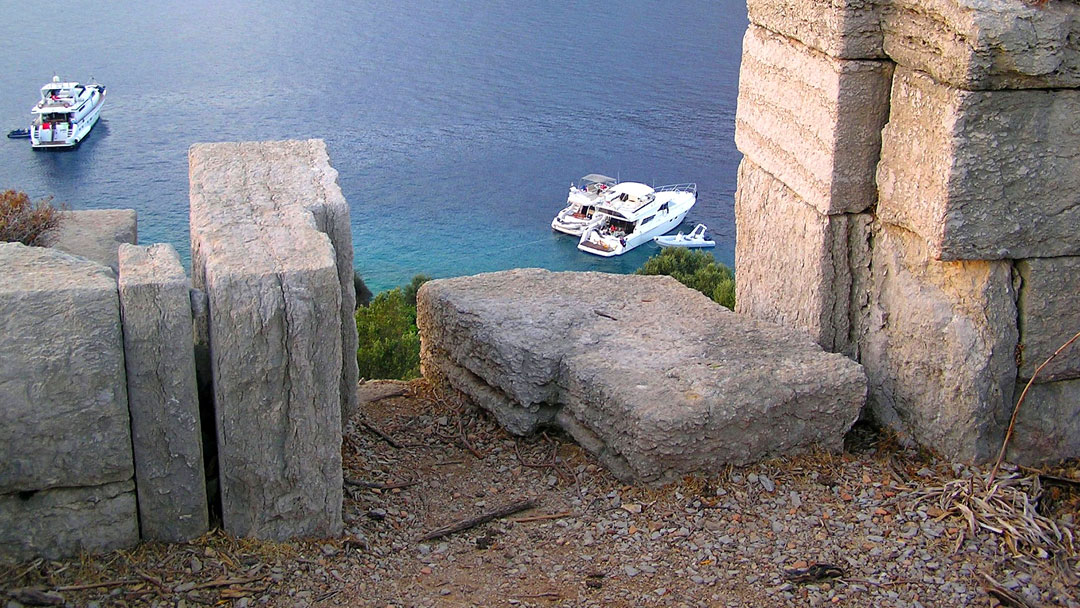 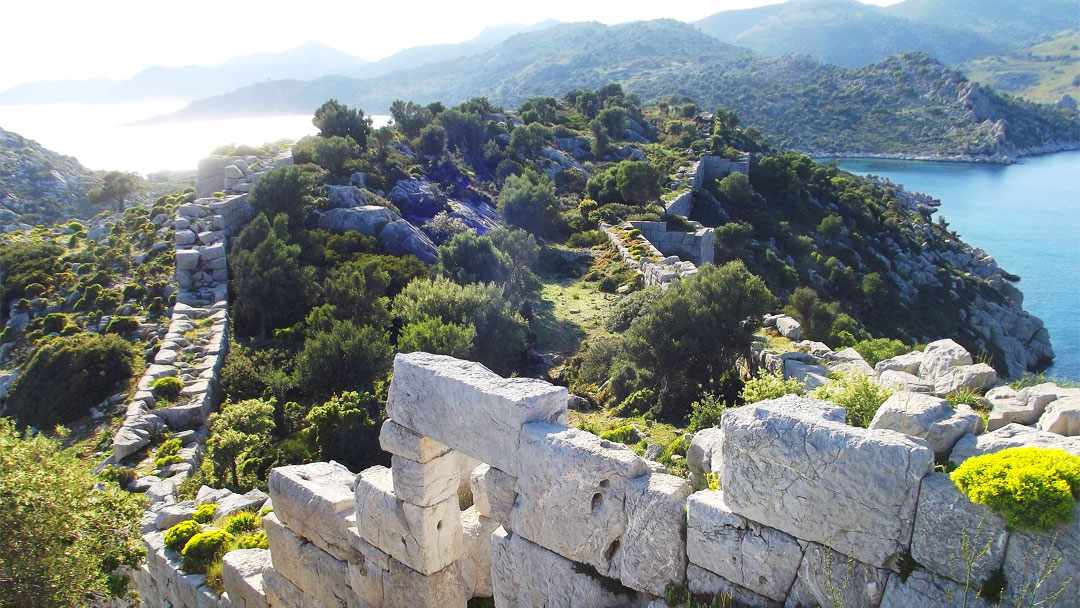