Ani, who lived in the golden period in the Middle Ages dating back 5,000 years, is a precious ruins located within the borders of Kars today. One of the highlights of the historical site, which includes many religious, cultural, social and military structures, is the Ani Cathedral. The Ani Cathedral, which survived the present day in a very well preserved manner, was built in 1001 by the Wife of the Armenian King, Katranide. It was built by Tiridat, the well-known architect who undertook the repair of Hagia Sophia in the Byzantine capital of the period. 65 years after its inauguration, the first Friday prayers were held at the Ani Cathedral in the region, which was conquered by the Great Seljuk Empire, and after that, both its function and name were changed. It would now be called Fethiye Mosque. Over time, the building, which collapsed its dome and was damaged, was later abandoned. Today, it is visited extensively from domestic and foreign countries as one of the most valuable touristic buildings of Kars with the restoration works in various periods. It contributes to tourism. The rectangular planned Ani Cathedral stands out with multi-colored cutting stones that shrink from bottom to top on the basis of increasing durability. The structure, which also has gothic elements, is aesthetically stunning with its round arches, decorations and various reliefs on the window. Although the frescoes on the indoor walls were partially impaired, the depiction of Jesus Christ, who sat on the throne, has survived in good condition. 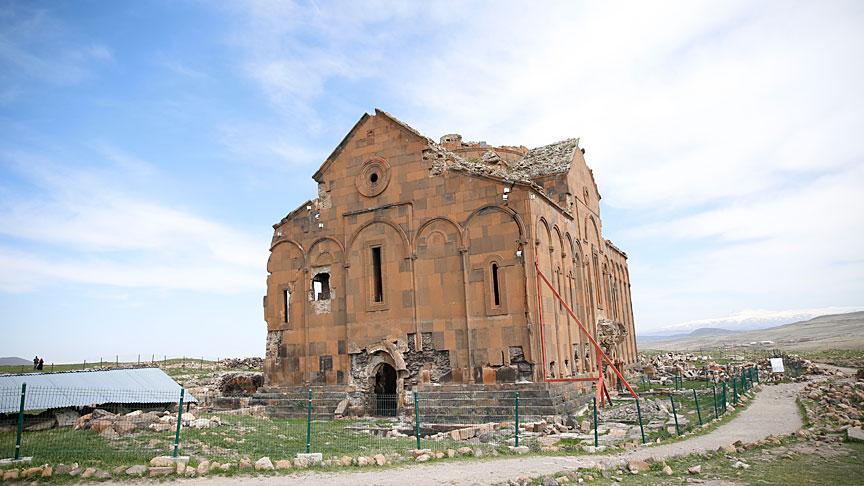 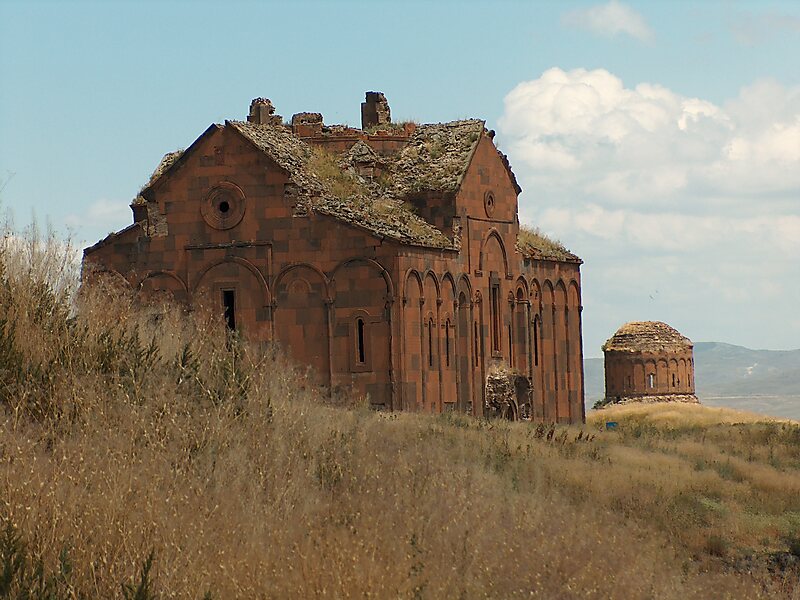