Mimar Sinan's "Travelman is my work." Suleymaniye Mosque, which he called the Suleymaniye Mosque, is one of the strongest architectural structures in Istanbul. The mosque, which was even shown as the 'power symbol' of the Ottoman Empire for a period, is 464 years old by 2021; It is the building block of the Süleymaniye Complex, which originally consisted of madrasas, library, primary school, hospital, burial ground, soup kitchen and shops.

Suleymaniye Mosque, which survived the most severe earthquakes in Istanbul without a crack, is shown as the number one shelter for the expected great Istanbul earthquake even today.

The building, which was started to be built by Mimar Sinan in 1550 with the order of Suleiman the Magnificent, and there are almost countless rumors about it, was completed after seven years of feverish work. It is rumored that the mosque, which did not start the construction phase for the first five years to strengthen its foundation, because it was on a sloping ground, even caused misunderstandings while it was going to be the symbol of power of the Ottomans.

Suleymaniye Mosque, which has the title of being the first mosque with business rooms in the world, the acoustics of which were provided with pickle jars in the first years, and the chandeliers of which ostrich eggs were placed on its lamps so that spiders would not come on; It houses the most important statesmen of the 15th and 16th centuries of the Ottoman Empire, especially Suleiman the Magnificent.

The shops around the mosque, which stood out as an example of city planning in the first years of its completion with its incongruous courtyard, spacious interior and surrounding structures, continue to maintain their functionality for centuries.

Suleymaniye Mosque, which does not leave its visitors hungry with its restaurants that make the most delicious dry beans you can eat in the world, besides what your mother makes, provides a complete integrity with the Mimar Sinan Tomb, which is located right in front of its door and is quite modest compared to itself. 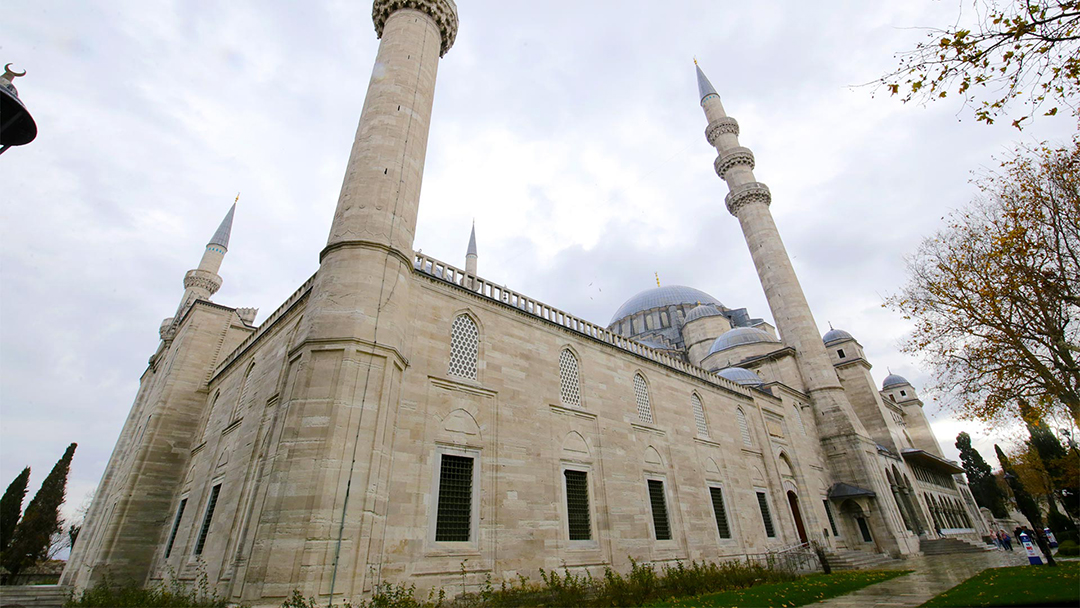 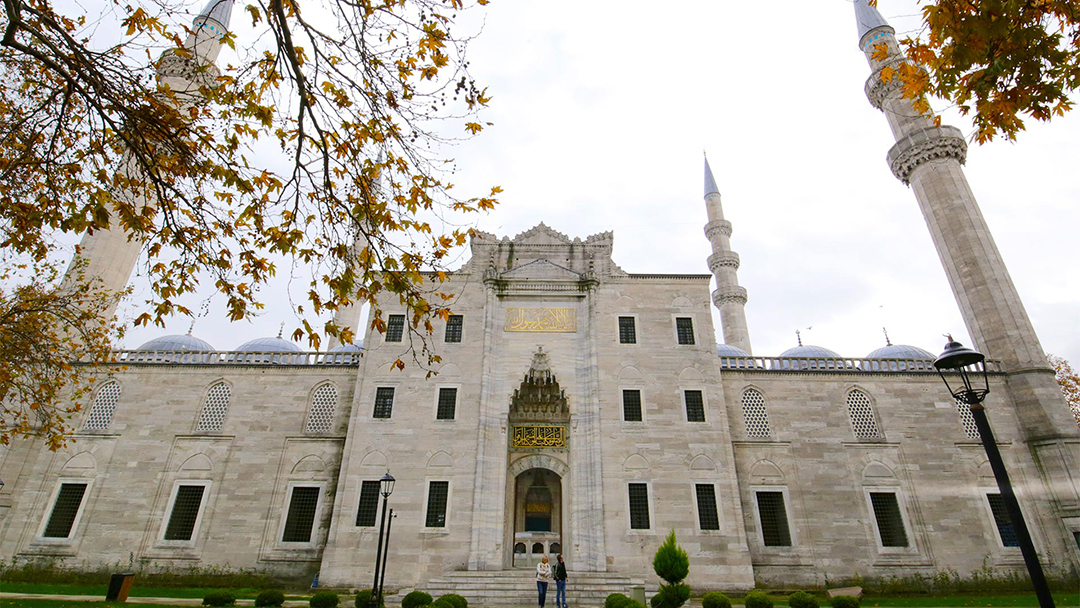 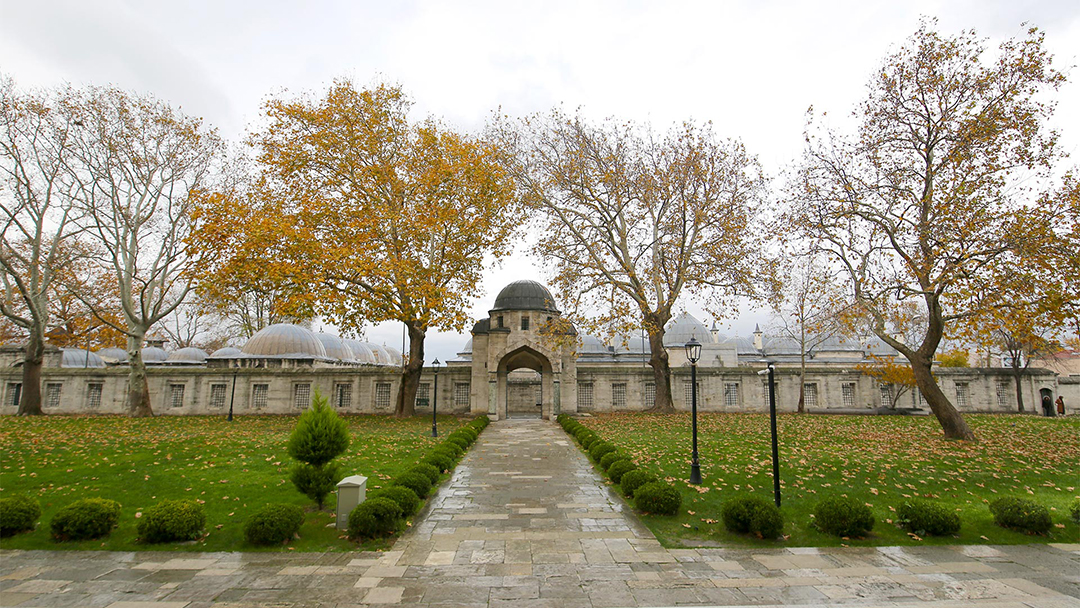 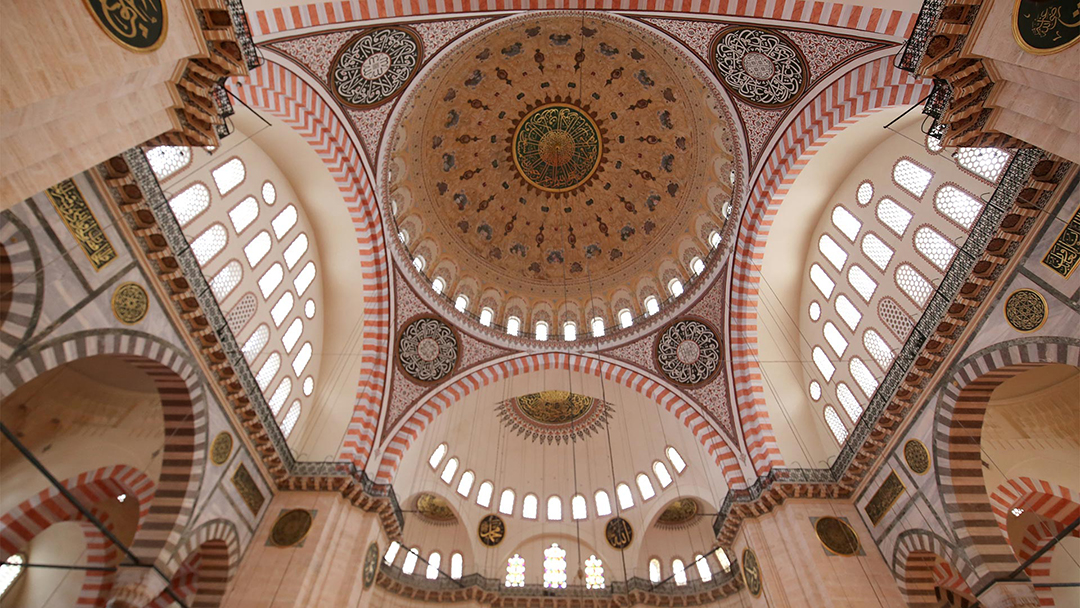