Hocapaşa Cultural Center is heavily visited by local and foreign tourists in Istanbul. The most important feature of this important cultural center located in the Sirkeci region is that it is integrated with the historical Hocapaşa Bath. This situation gives the place many special awards. The Hocapaşa Cultural Center, which has succeeded in reflecting the Turkish Culture to a great extent, has recently been deemed worthy of an award by TUREB. The title of the award is "Best Authentic Local Events". The Hocapaşa Bath, which it is nested in, was built in the 15th century by Hoca Sinan Pasha, who was also the vizier of Fatih Sultan Mehmet.

The hamam is quite large compared to other conventional hamams. During its construction, cut stones with brick beams are used. The activities of the bath were stopped in 2009 and the venue continues as a cultural center. Hocapaşa Cultural Center, which has a very mystical atmosphere, traditionally hosts whirling dervish performances. This place is considered both as a show and event center. In principle, it focuses on the cultural heritage of the Anatolian geography. All show and exhibition programs created monthly at the center are organized in accordance with this understanding. Hocapaşa Cultural Center, which has important contributions to both Turkish culture and tourism, is full of foreign guests, especially in the evenings of whirling dervishes. For this reason, tourist groups often include cultural events and shows in this center in their itinerary.

After 2008, both the upper dome and the lower sections underwent a serious change. Despite this, the authentic texture is meticulously preserved. The place, which has very impressive lines, has interesting corner squinches resembling a peacock's tail. Hocapaşa Cultural Center, which plays an effective role in the promotion of Istanbul and Turkish culture, is located on Ankara Street. 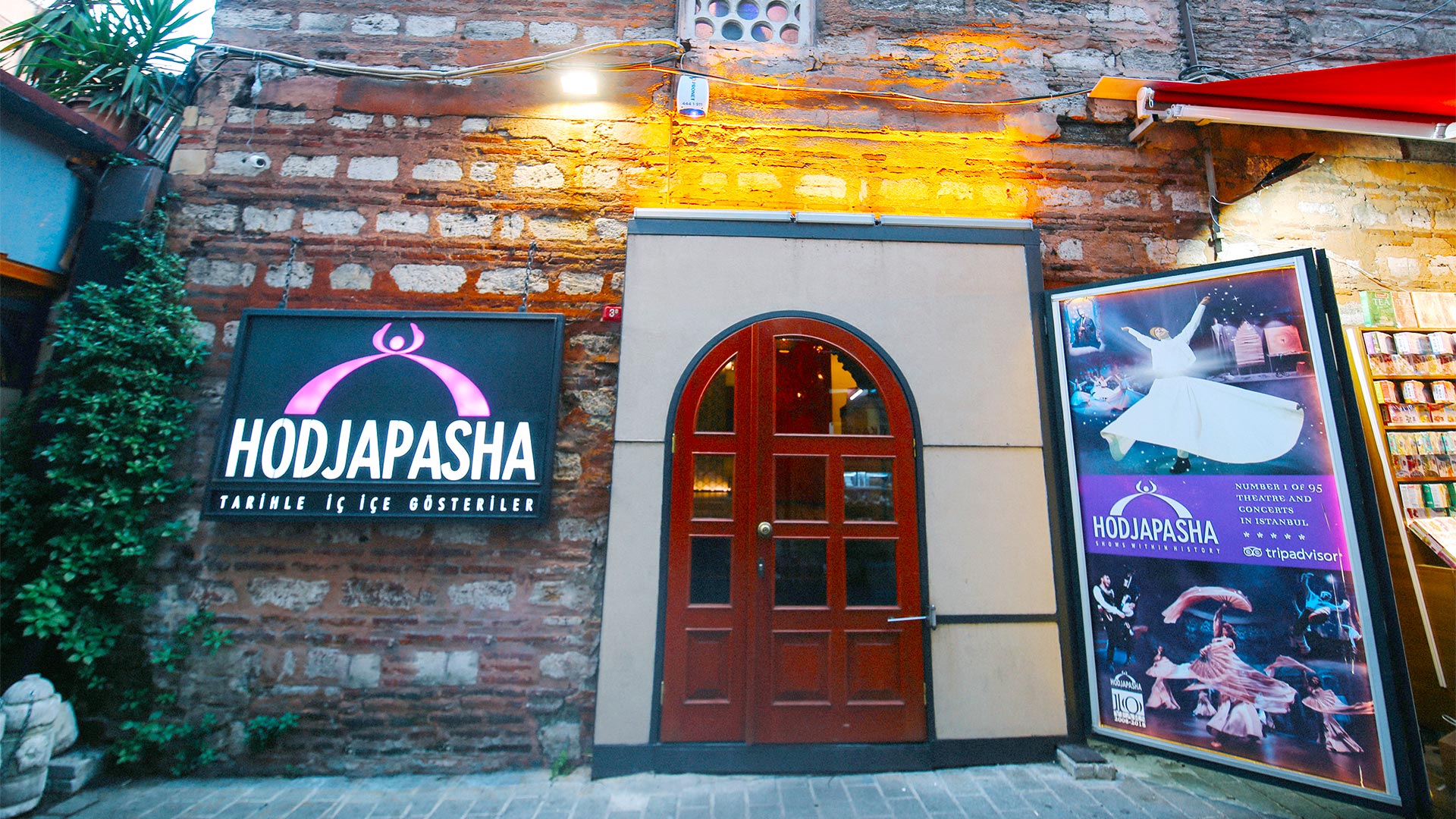 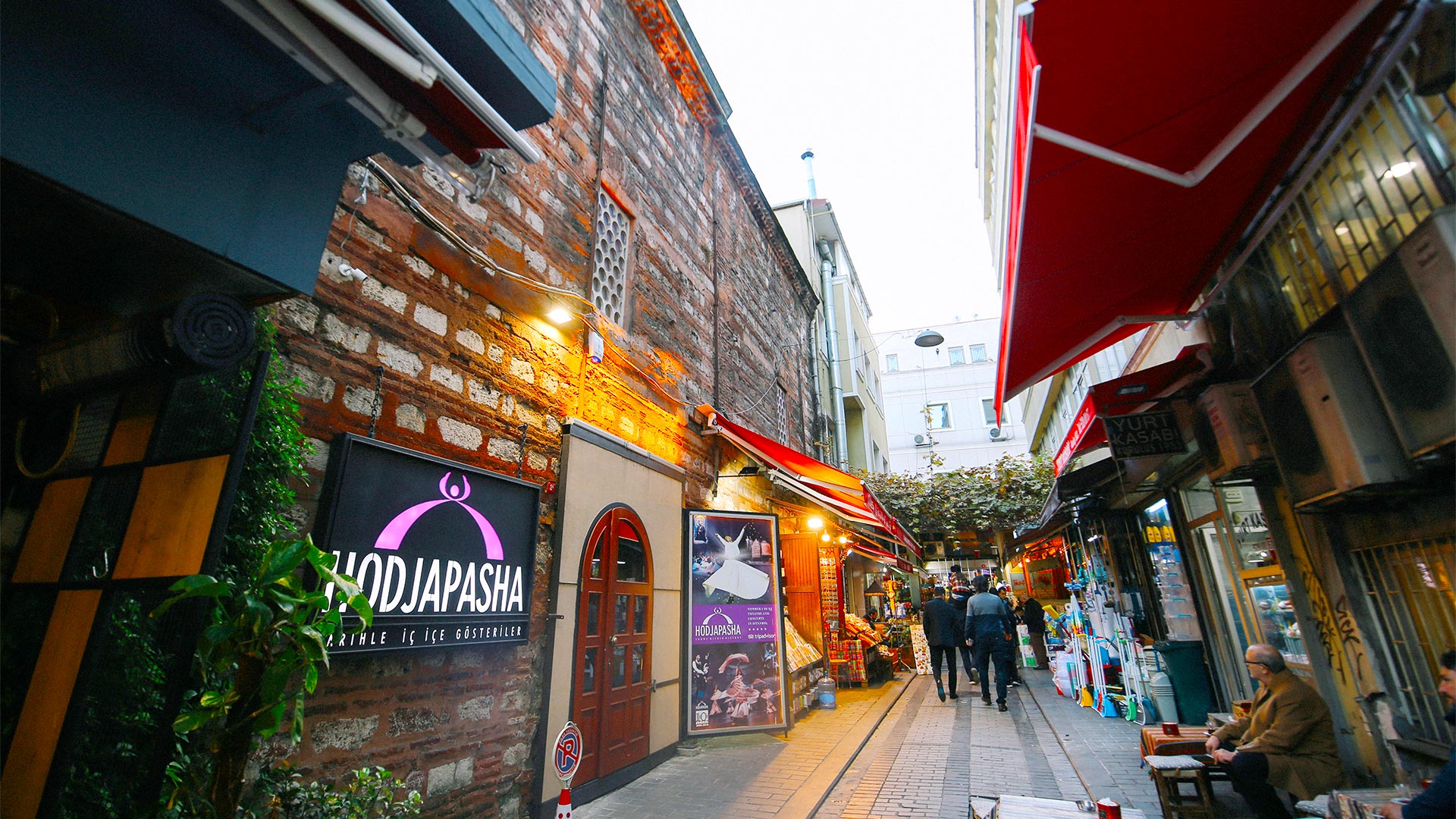 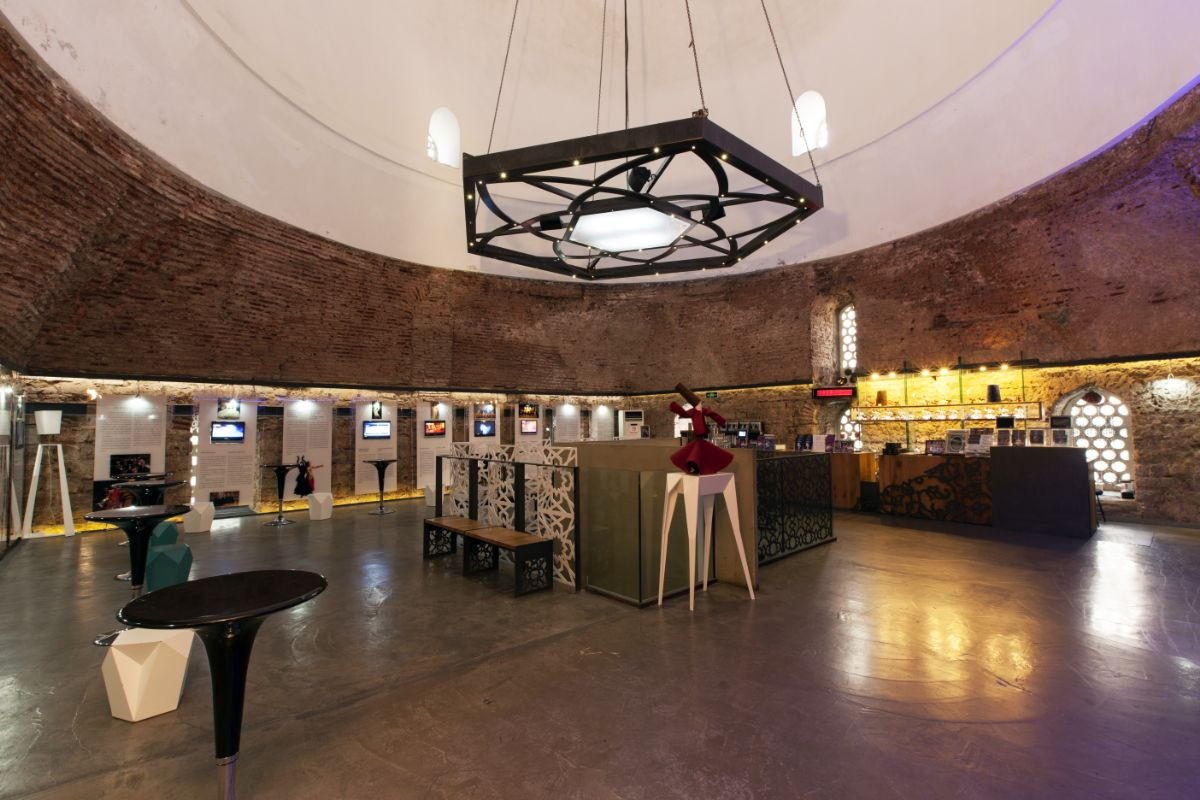 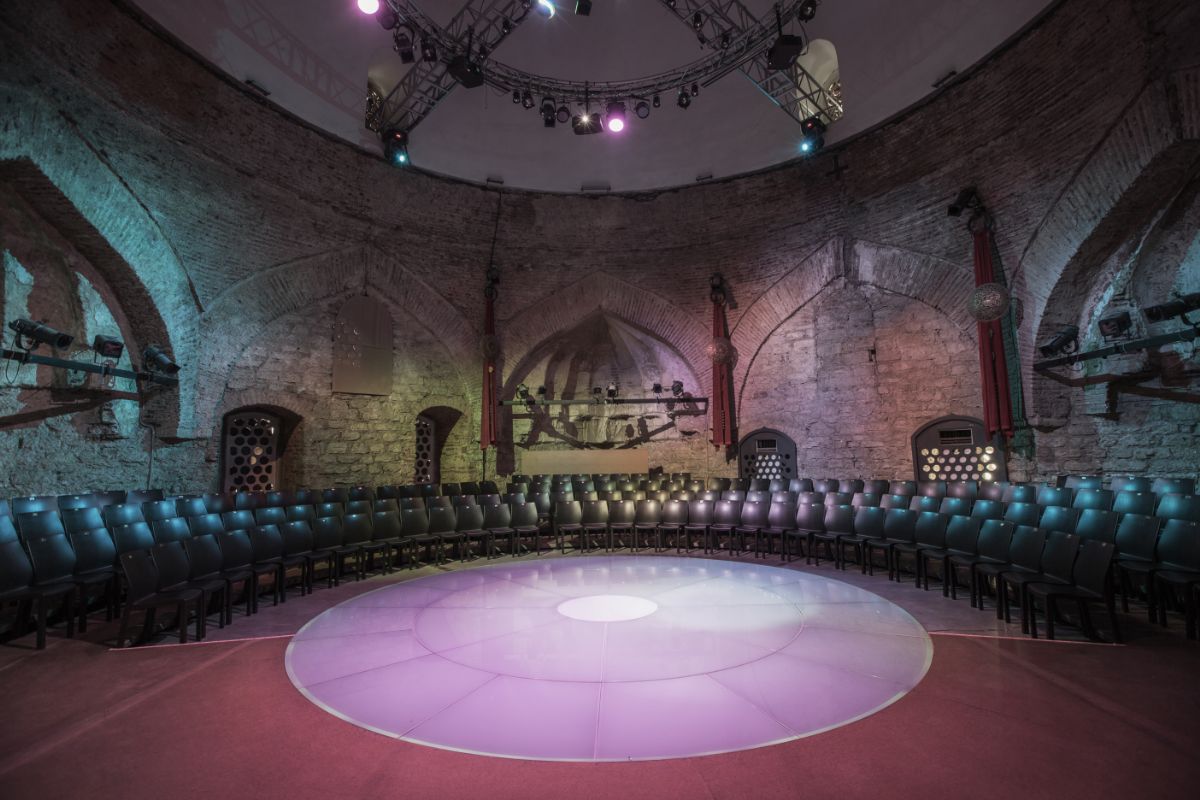