The Hacı Mehmet Emin Ağa Fountain, which is located in Istanbul and has a historical importance, faces the Bezmialem Valide Sultan Mosque. In 1741, during the reign of Mahmut I, this place was built with the efforts of Mehmet Emin Ağa. The fountain, which is located in an advantageous position in Dolmabahçe, is thus easier to explore. The fountain has five windows in total and is made of round marble. The window area is combined with marble columns. The interior of the building, which has a height of 2.50 meters, is measured as 1 meter in width. Again, the window parts are filled with cast iron grids. At the time, there were seven separate holes under these networks and these provide water supply; but later this field is broken and destroyed.

Another interesting feature of the dispenser is that it is produced in a style called Korent. This new style used in the column capitals adds a different atmosphere to the decoration of this place. The eaves of marble are relatively wide and have a pointed dome at the top covered with lead. When the fountain is viewed from the front, a fountain on the right and an entrance door on the left attract attention. At the bottom of the door, windows with interesting circular patterns stand out. The fountain is sometimes referred to as Hacı Mehmet Emin Ağa Sabil.

In general, the fountain consists of a carved arch and mirror stone held by the columns. The inscription of the fountain, which defies history, is located right above the arch section. Above the inscription is a square made of colored marbles. You will see an empty medallion inside the square. Sebil was opened as a result of Hüseyin Ağa's attempts when Hacı Mehmet Emin Ağa died. In the same year, a school was built next to the fountain, as well. It is known that later the school was destroyed due to road works. 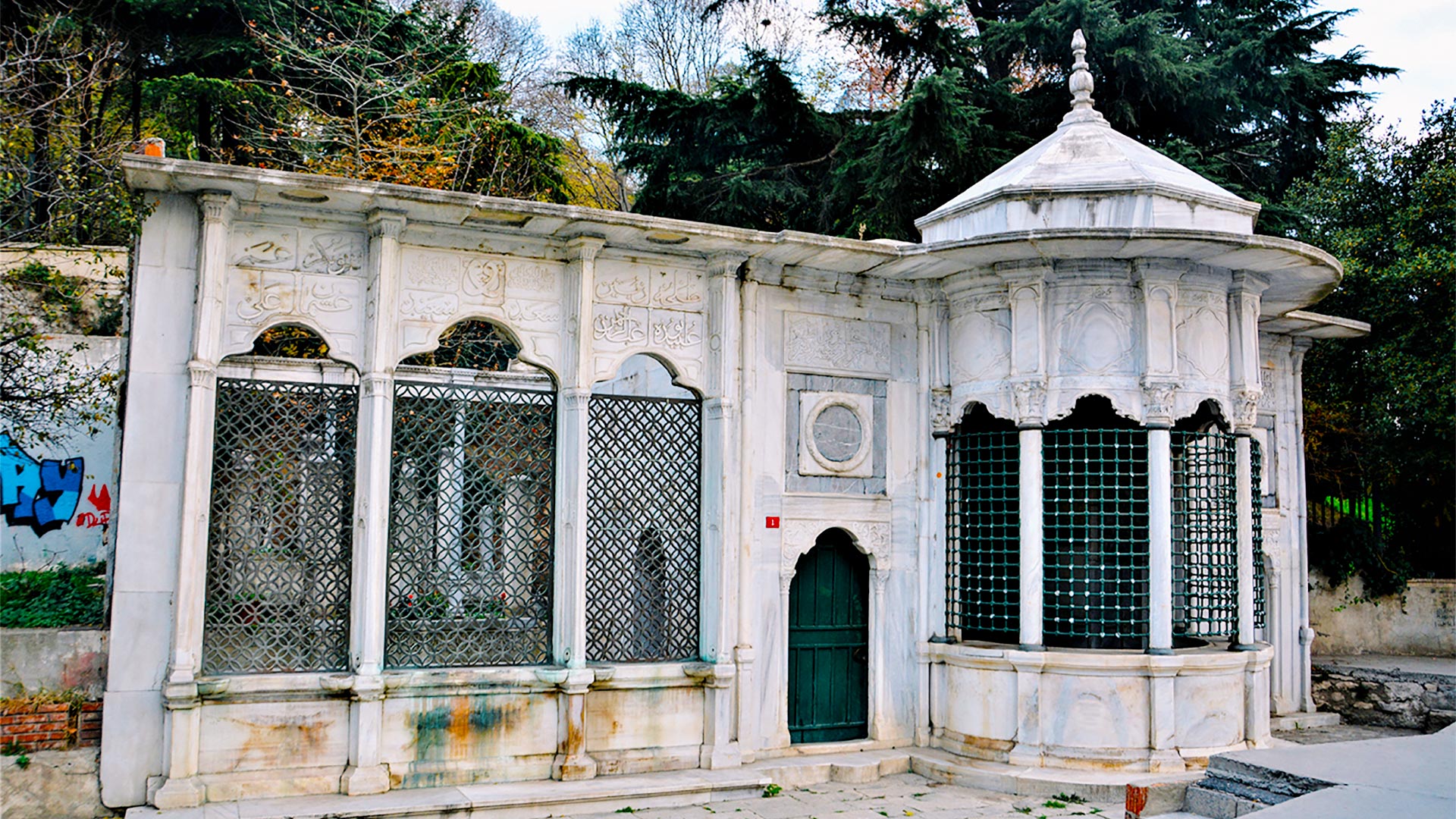 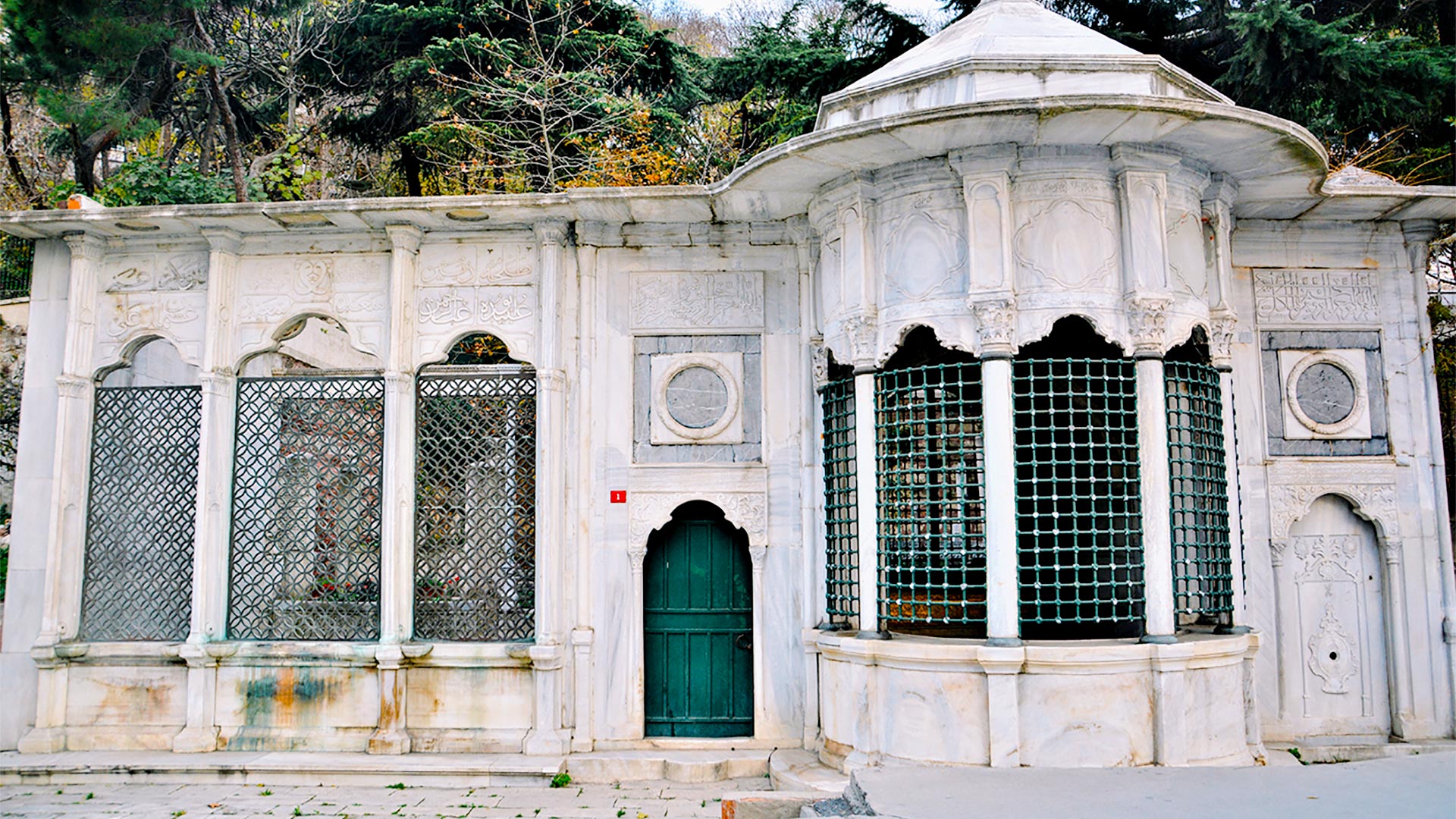 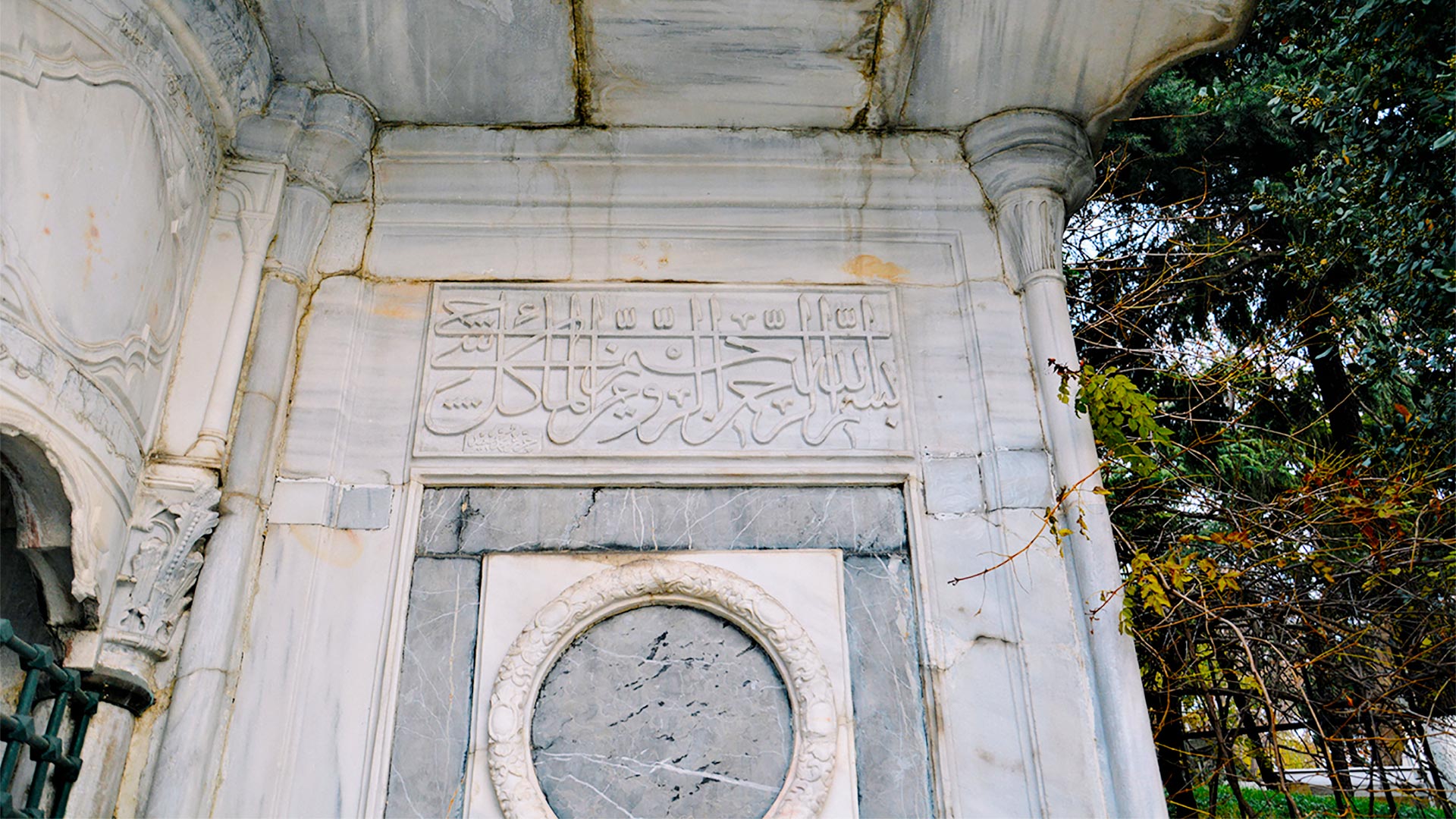 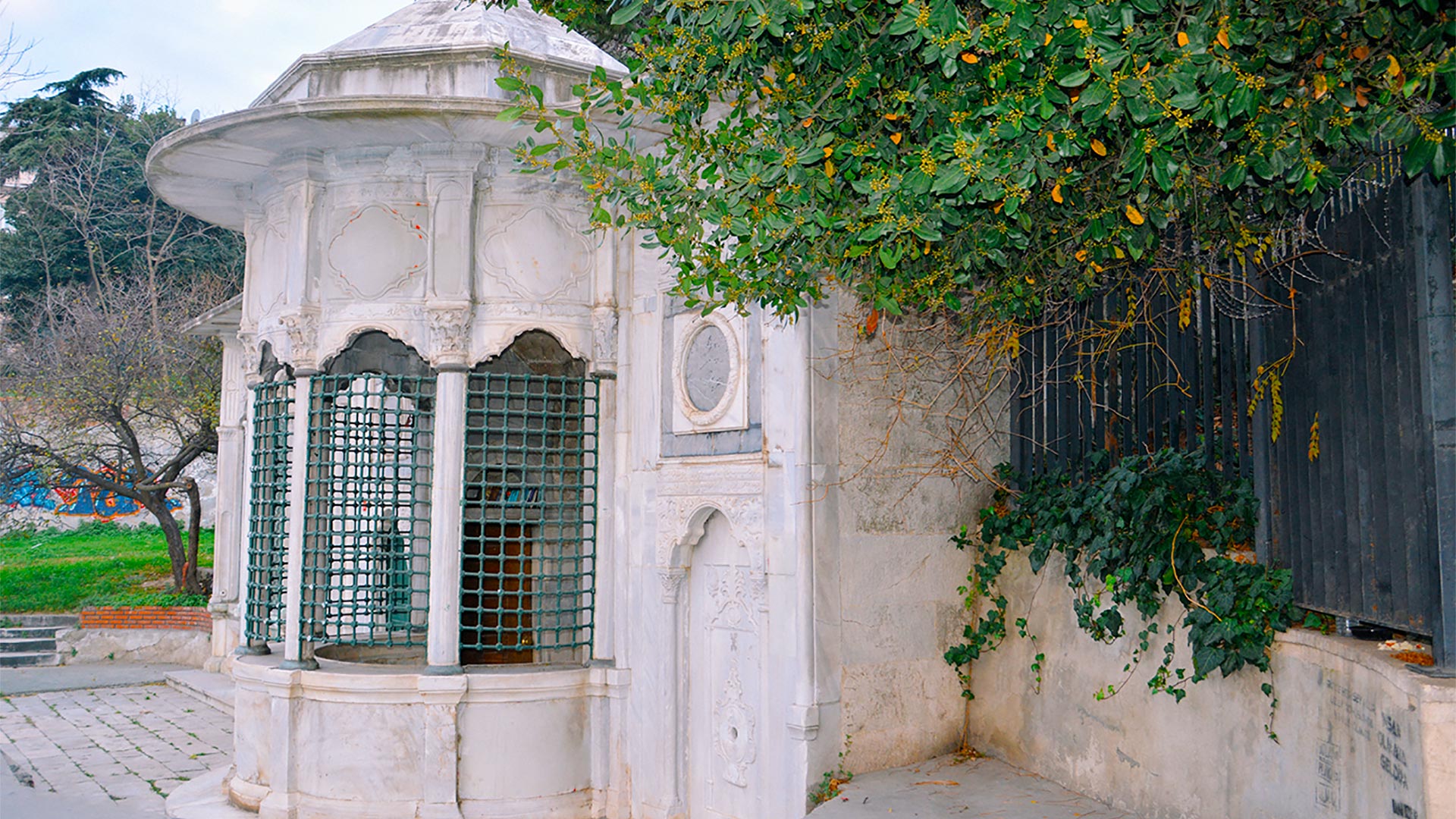