Çemberlitaş Column, one of the most important historical and cultural buildings of Istanbul, has been able to survive since the 300s. The building, which was literally legendary, is brought from Rome to the Fatih district of Istanbul. This process takes place as a result of the intense efforts of Constantine I. There are a total of eight separate columns in the Column of Çemberlitaş, which was brought from the Temple of Apollo. Each of these columns weighs approximately three tons. The diameter of the columns is about three meters each. There is already a statue of Apollo here before moving from the Temple of Apollo. In this sculpture, a figure saluting the sun is encountered. When I. Konsantin brings the column to Istanbul, he adds his own statue to the top point. In addition, the cross in this section is destroyed by Fatih Sultan.

The Çemberlitaş Column, which is very impressive visually, saw its first serious repairs in the 1470s. At the time of this restoration, Yavuz Sultan Selim was at the head of the empire. When the column was first brought from Rome, it measured 57 meters. Over time, the damages that occur due to different reasons cause the length to be shortened. Çemberlitaş Column is 35 meters as of today. Today, the historical building, which attracts the attention of foreign visitors as well as domestic visitors, is shown among the symbolic places of the city.

The Çemberlitaş Column may be mentioned as a Burned Column in some sources. It is even possible to come across the phrase Constantine's Column. Columns that are like a monumental column are located in the district of the same name. Çemberlitaş Column was erected at a top point in terms of location. It sits on a large base except for separate columns. According to written information, the historical building is seriously damaged by a severe lightning strike here. The statue on it is overturned. Alexios I adds a title with a pedestal as a result of the repair work. Sultan II. Mustafa, on the other hand, strengthens the surrounding of the building with iron rings after a fire. The name Çemberlitaş comes from exactly here. 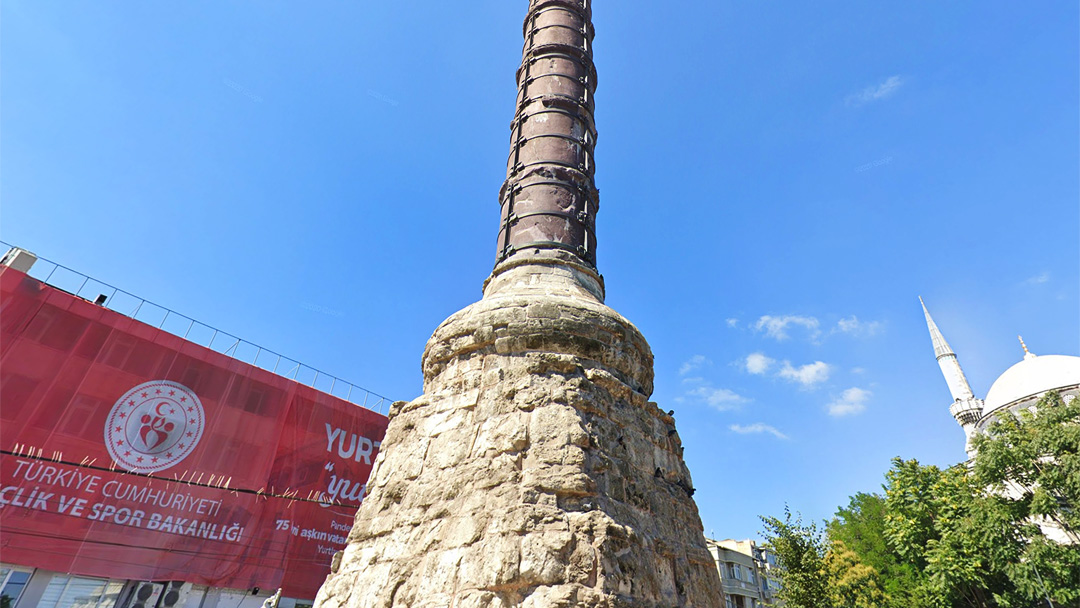