The Museum of Great Palace Mosaics, which has a very central location in the southern part of İstanbul Blue Mosque, is one of the museums with the most comprehensive and richest collections situated in the Fatih district of İstanbul. The museum, which you can easily reach by public transportation vehicles such as tram, metro, and metrobus, was put into service in 1953 as a part of Istanbul Archeology Museums. The restoration of the mosaics belonging to the Museum of Great Palace Mosaics, which was bound to Hagia Sophia Museum in 1979, began in 1982 in accordance with the protocol signed between the Ministry of Culture, General Directorate of Monuments and Museums and the Austrian Academy of Sciences.

The Museum of Great Palace Mosaics, the restoration and conservation works of which was completed and put into service again in 1997, is admired by everyone with its historic mosaics dating between 450 to 550 AD. These unique mosaics, the subjects of which are not religious, were inspired by daily life and nature in general, and they were crafted by a magnificent craftsmanship. The Great Palace mosaics, which include countless subjects ranging from a child feeding his donkey to a man milking goat, the struggle of the elephant and the lion and the griffon eating a lizard, to the girl carrying the jug and the bears eating apples, are unprecedented in terms of beauty.

The floor of the Museum of Great Palace Mosaics, located in the Arasta Bazaar in Sultanahmet Square, consists of a peristyle known as a continuous porch formed by a row of columns surrounding the perimeter of building or a courtyard. These magnificent mosaics, which include 150 human and animal figures as well as 90 different themes, have taken their current appearance after long restoration works. The average size of mosaic grains made of colored stones, terracotta and limestone is about five millimeters. 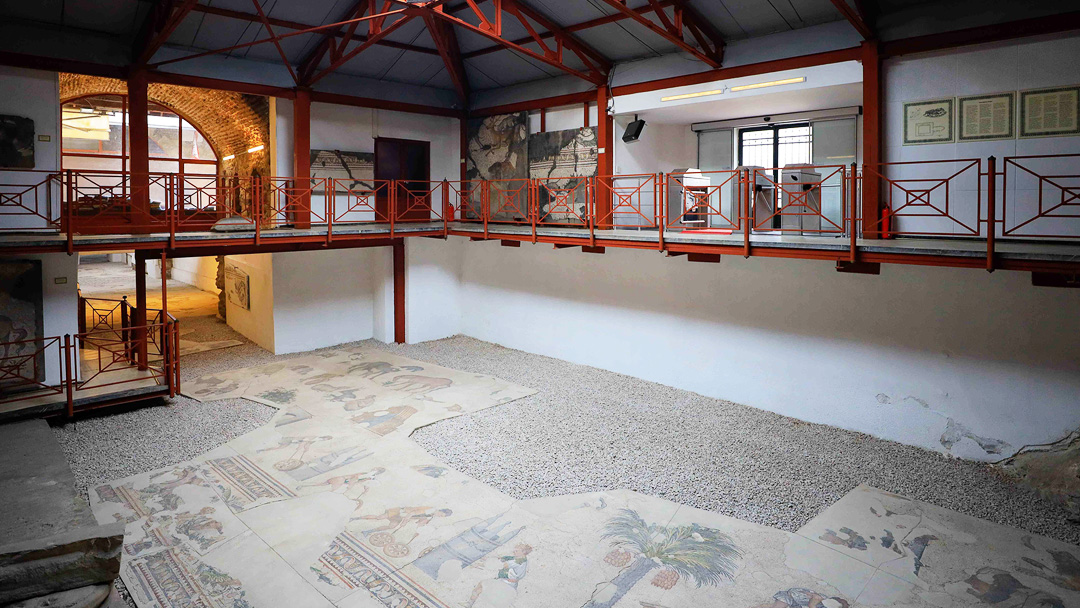 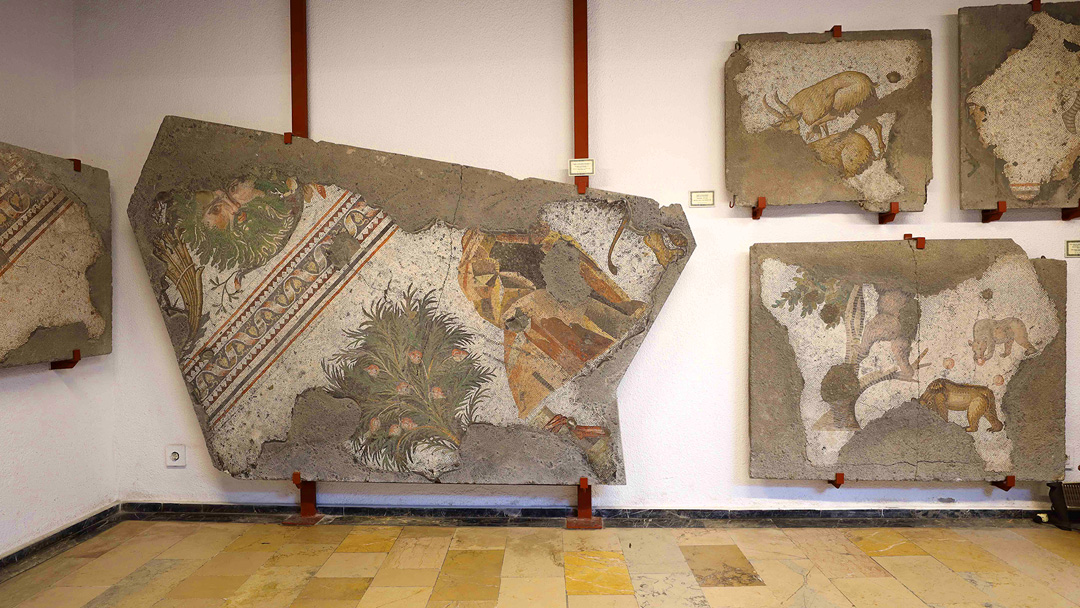