Muratlı Mosque, located in the Muratlı village in the Borcka region of Artvin, defies history. Information about the date when the mosque was built is written in the inscription, which has survived to this day. The inscription is located just above the door that provides the entrance to the vault. Built in 1846, the building bears the signature of Ahmet Usta. However, certain parts of the mosque are built by different masters. For example, names such as Uzunhasan Zade Hüseyin and Sağıroğlu Hüseyin Ağa have important roles in this construction period. After the Russian invasion in the region, serious damage occurs in the mosque. However, these damages are eliminated thanks to the repairs made. The wooden minaret of the mosque was integrated in 1979. In addition, minor repairs take place from time to time, thanks to the voluntary contributions of the people. The mosque is still open to worship today. The last congregation section is located in the north and the gendarmerie station is located in the east. The place is designed in a rectangular plan. It consists largely of wood, except for the minaret and basement area. The western part contains the common traces of three separate spaces in the eastern part. The external hipped roof immediately draws attention at this point. Openwork technique is used in the decoration details in the interior. Wood carved motifs immediately catch the eye in the pulpit section. It has lost a bit of its originality as an oil painting was applied to the facade section later. However, it is known that harem is strongly protected with varnish. Built with the masonry construction system, this historical mosque has dimensions of 15 by 12.80 meters. In the building process, wood with plenty of stone is preferred. Wooden parts are designed to be interlocking from the corner sections. Apart from the normal and ground floors of the building, there is also a basement floor. There is only one minaret in the mosque and there is only one balcony in this minaret. 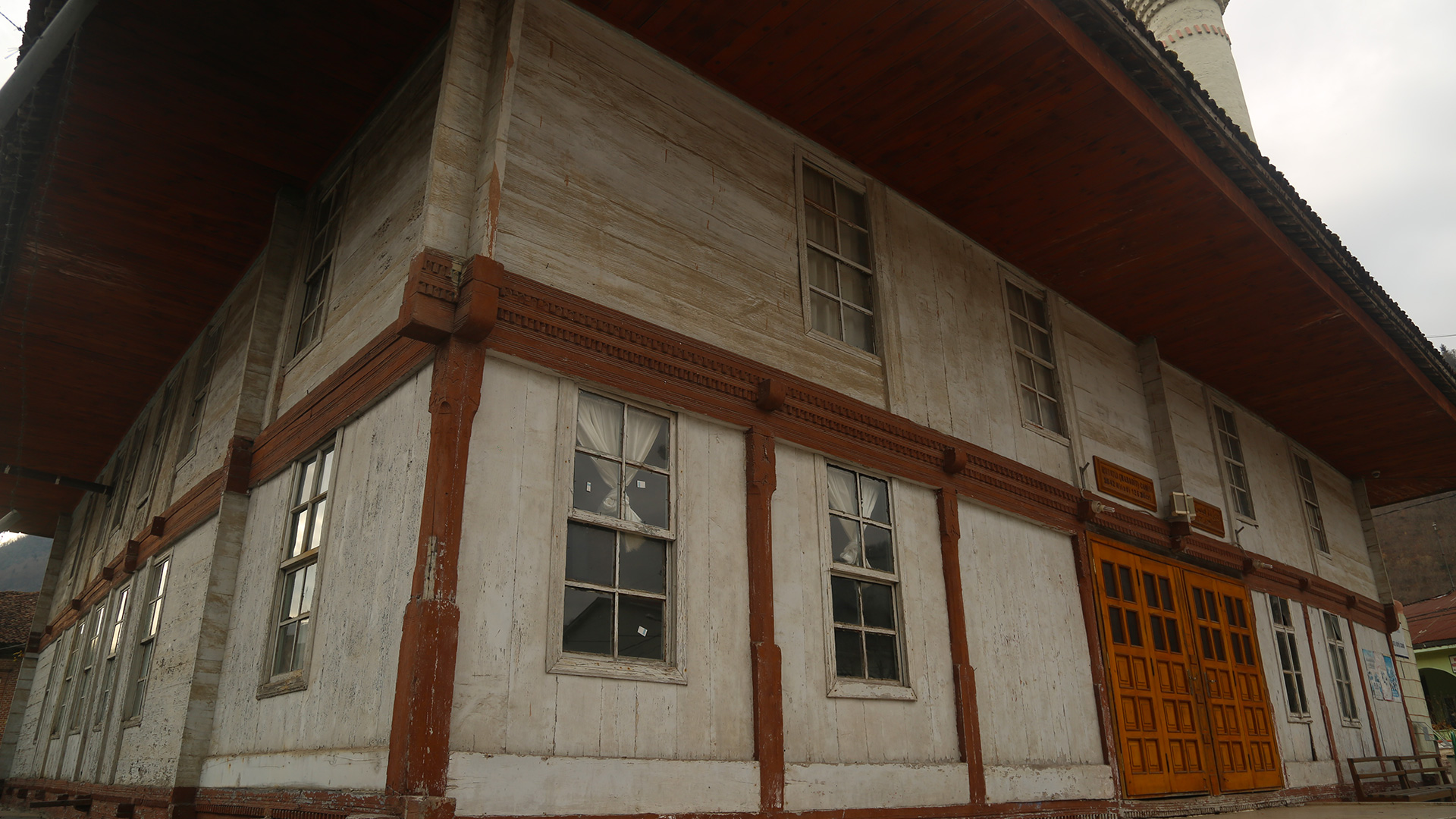 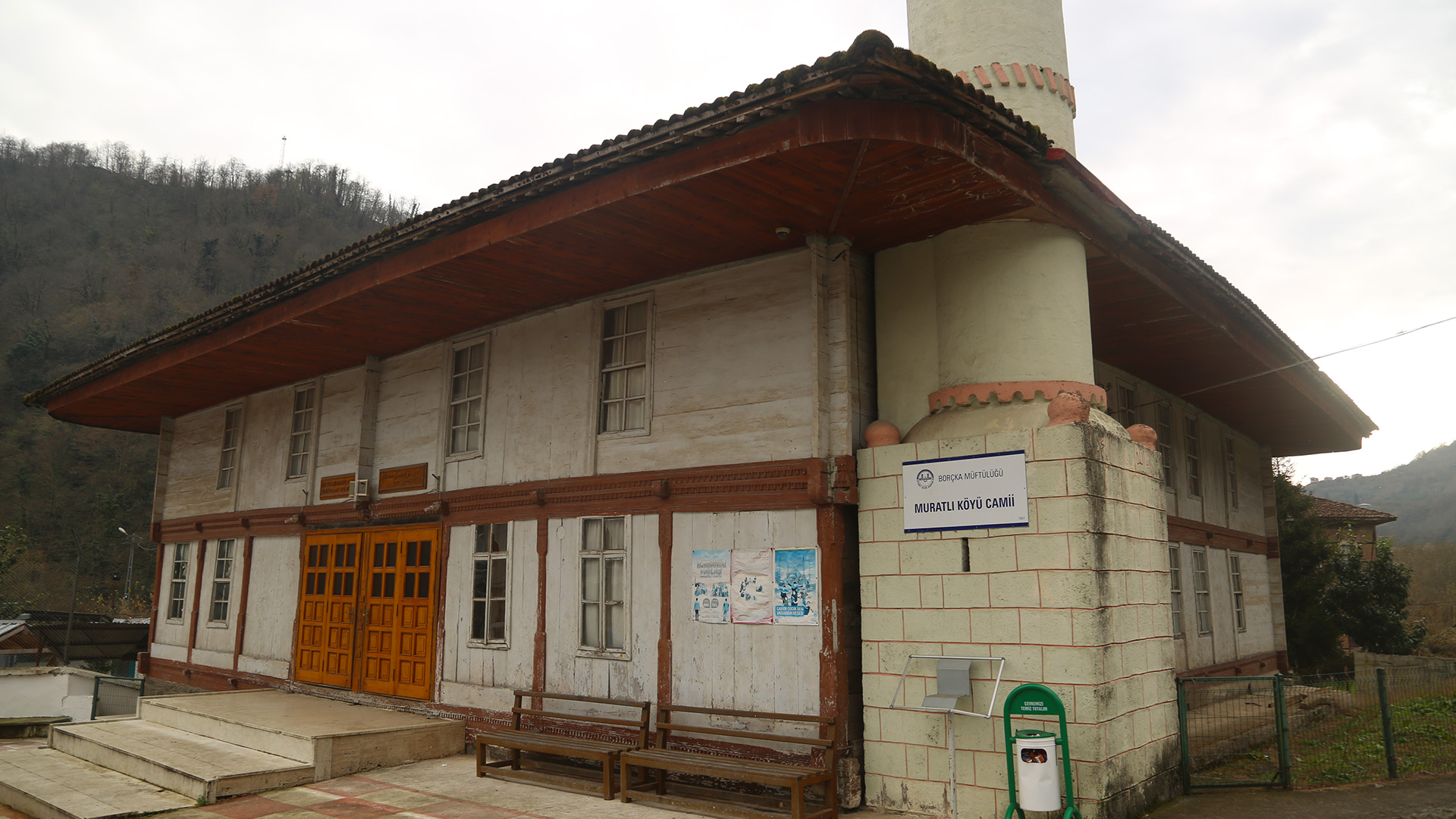 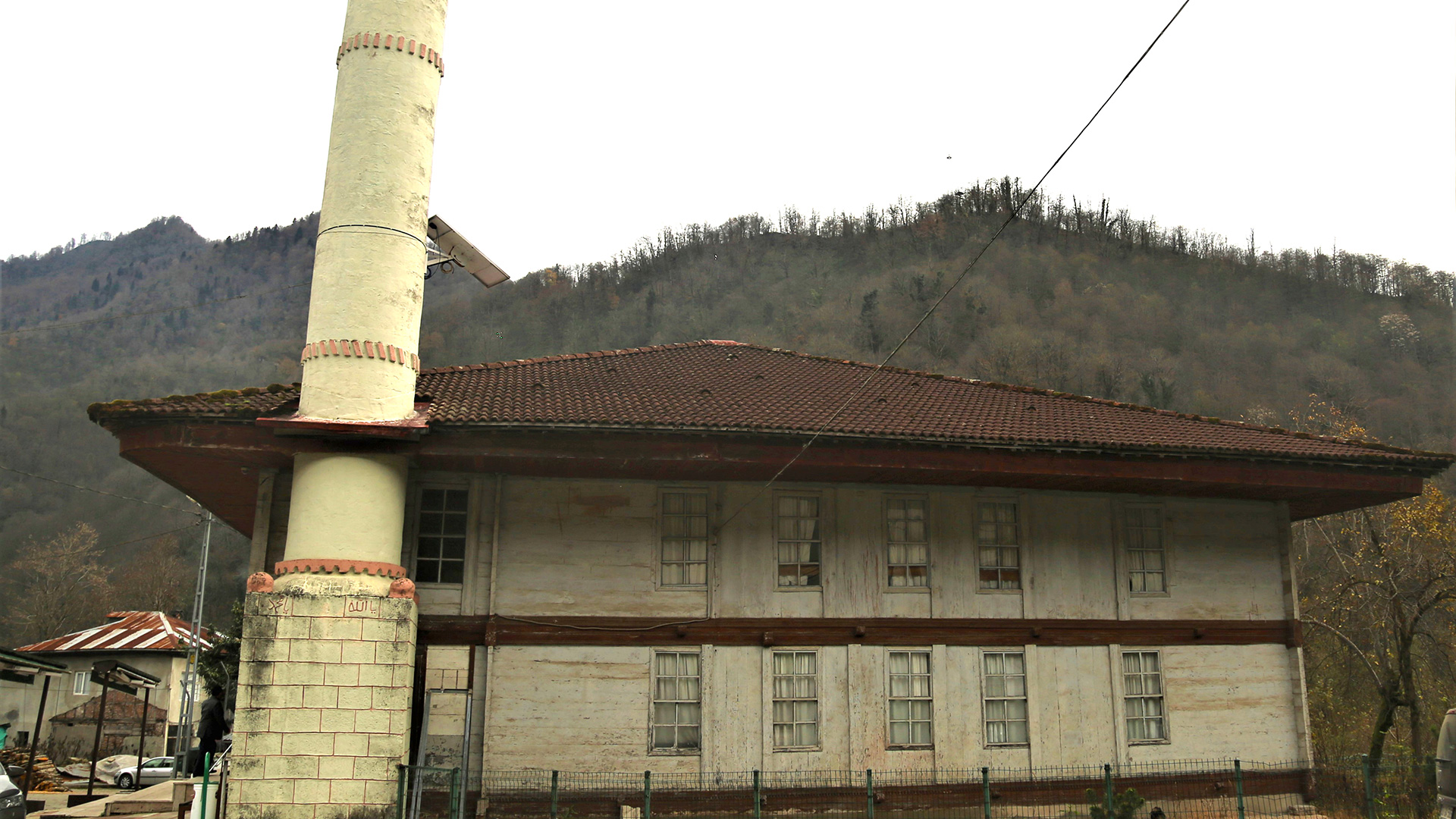 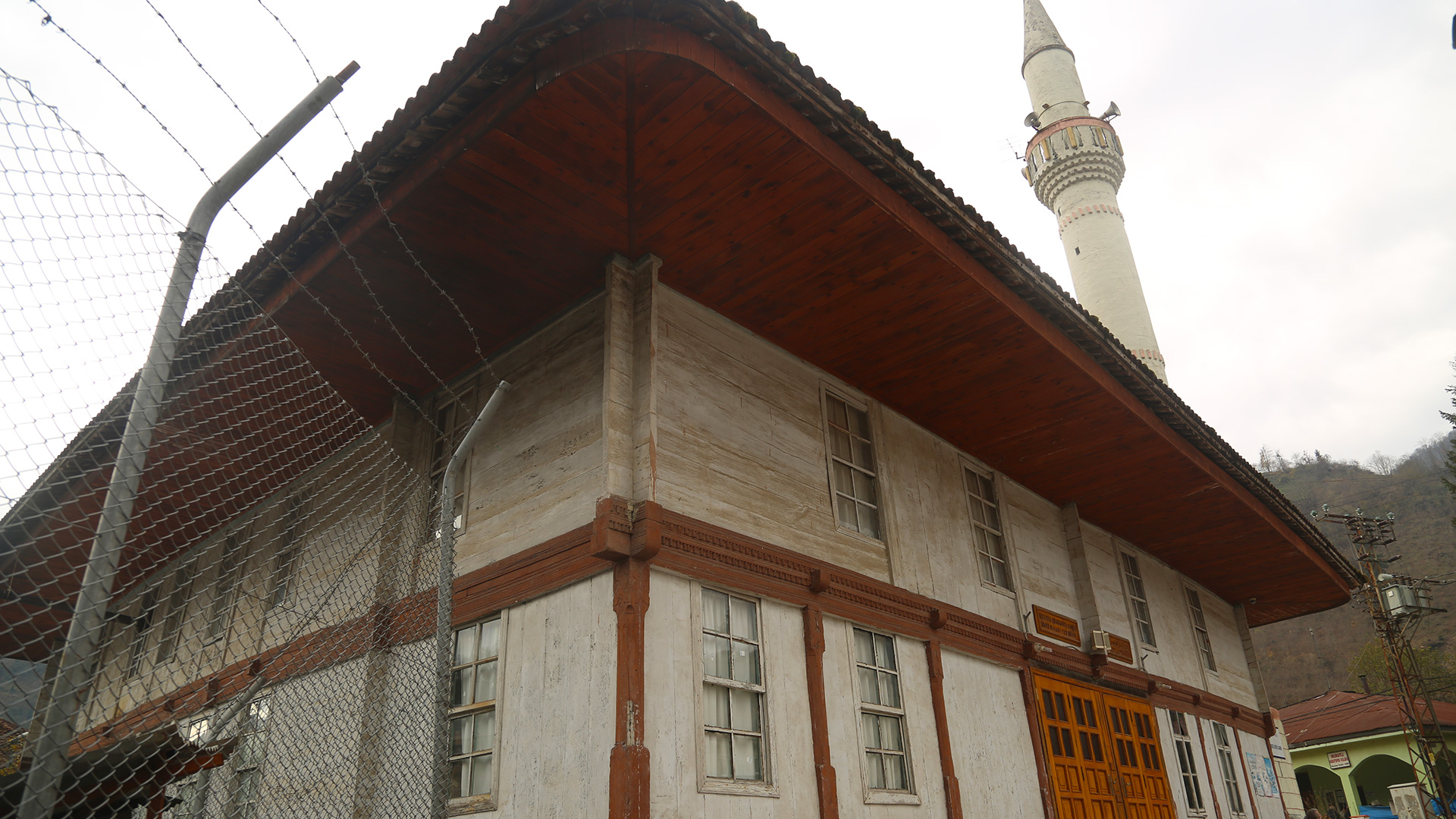