Balkapanı Inn, which is located in Istanbul Fatih - Eminönü and of which construction date goes back to the 16th century, has survived up to now due to the extensive restorations although it was largely destroyed by the fire in 1688. Since the inscription of Balkapanı Inn, which was damaged in another fire and repaired in 1807, has not survived up to now, its construction date is not known clearly.

Balkapanı Inn, which is located in a central location between Küçük Pazar and Yeni Mosque and experienced exactly two empires, is one of our most important cultural heritages. The inns named as kapans (traps), where commercial goods coming to the city were collected during the Ottoman period, were located around Tahtakale and Eminönü. Balkapanı, Yağkapanı and Unkapanı are the best known of the many kapans in Istanbul. It is also worth noting that only Balkapani has survived up to today.

Balkapanı Inn, which is estimated to have an ancient history of about 500 years and was used as a cellar during the Byzantine Empire, was turned into an inn after Istanbul had been conquered. Although its restoration as a result of the fires caused the deterioration of its natural structure, it has led it survive until today. Balkapanı Inn, which is still used for commercial purposes, consists of exactly 80 rooms covered with domes. The inn hosting century-old stories was the soul of trade during the Ottoman Empire.

Places where basic necessities such as oil, sugar and flour were collected after they had arrived in the city were called kapan. After the products were stored in these kapans, they were distributed to Istanbul bazaars. Balkapanı Inn achieving to survive for 1500 years, was built on the ruins of the Byzantine Cellar underneath. The cellar under Balkapanı Inn, which consists of columns and brick annular vaults, was built as an L planned. 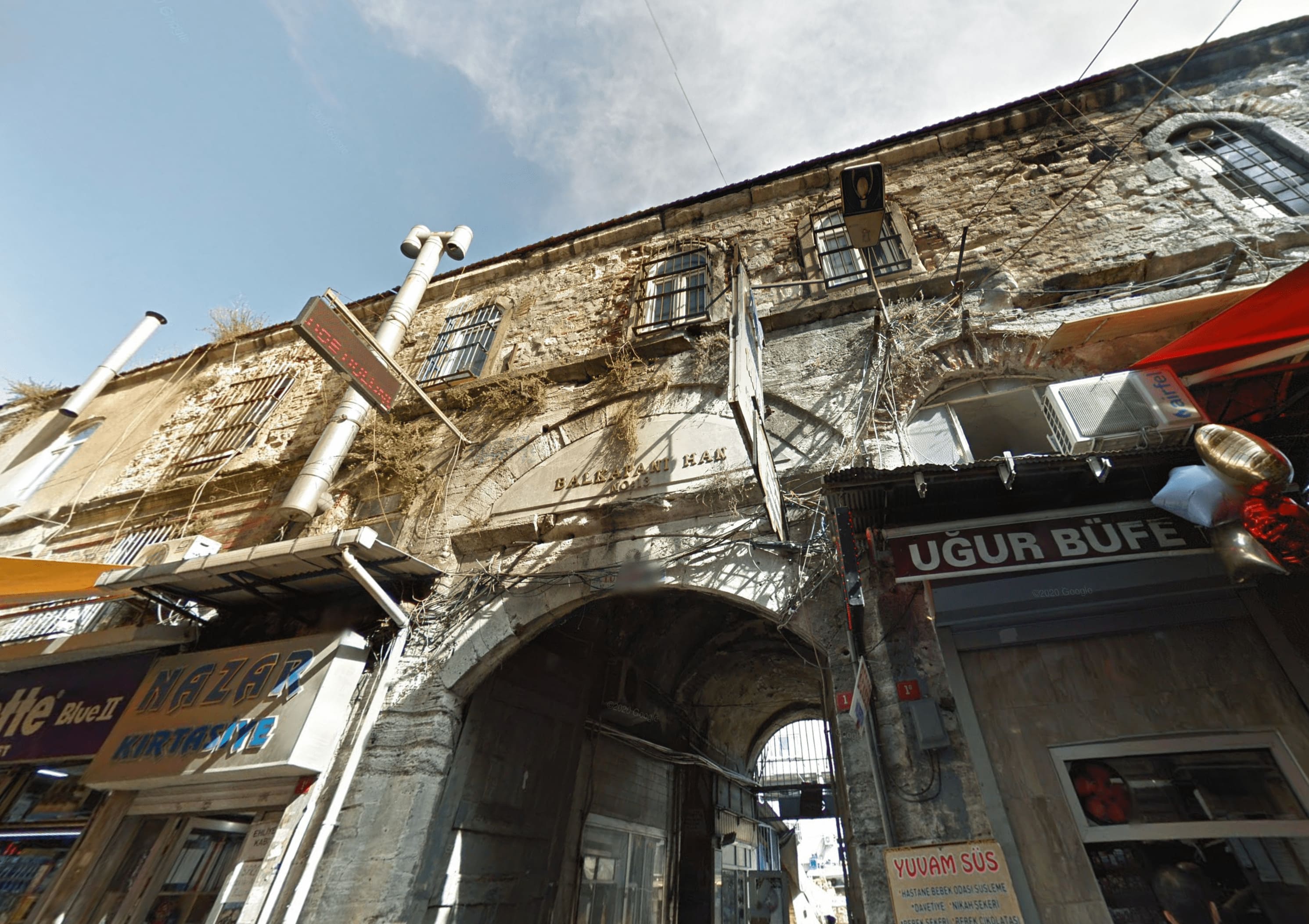