The Central Mosque, which is known to be built entirely by the public, has a structure that has been open to worship since 1860 and defies time. The Ottoman State seized Artvin and its surroundings after the 16th century. For this reason, many churches were converted into mosques in those years. Besides, it becomes an important center in terms of worship with the rebuilt mosques. One of these mosques, Merkez Çarşı Mosque, is successfully preserved to this day. When the architectural structures of mosques are examined, obvious differences are immediately noticeable according to the periods. Over time, it becomes unusable due to serious damage and is repaired by the public again. This repair process corresponds to the year 1954. During the repair, it is destroyed to the foundations and after three years of work, it is reopened. Therefore, although the mosque has survived to this day, it loses a lot of its originality. Although the mosque has been radically transformed, its minaret, minbar and preaching stand remain untouched. For this reason, at least these parts preserve their state when they were first built. Despite the recent history, there is very little information about the construction phase. The Merkez Çarşı Mosque, which has a square plan, is in the class of single-domed mosques. The last congregation place in the mosque is a rectangular plan. A minaret rising in the northern part immediately catches the eye. It is seen that various trumpets are passed to the dome covering the harim. On the outside there is a two-stage octagon. The part where the congregation worshiped has two floors. It sits on six columns in the first chapter. The upper part is domed and has five eyes. The other section is closed from all three sides. It can be said that this part is a kind of reinforced concrete structure extending in the west-east parallel of the congregation place. The rectangular space here is added later. Smooth cut stones are preferred in the majority of the building. 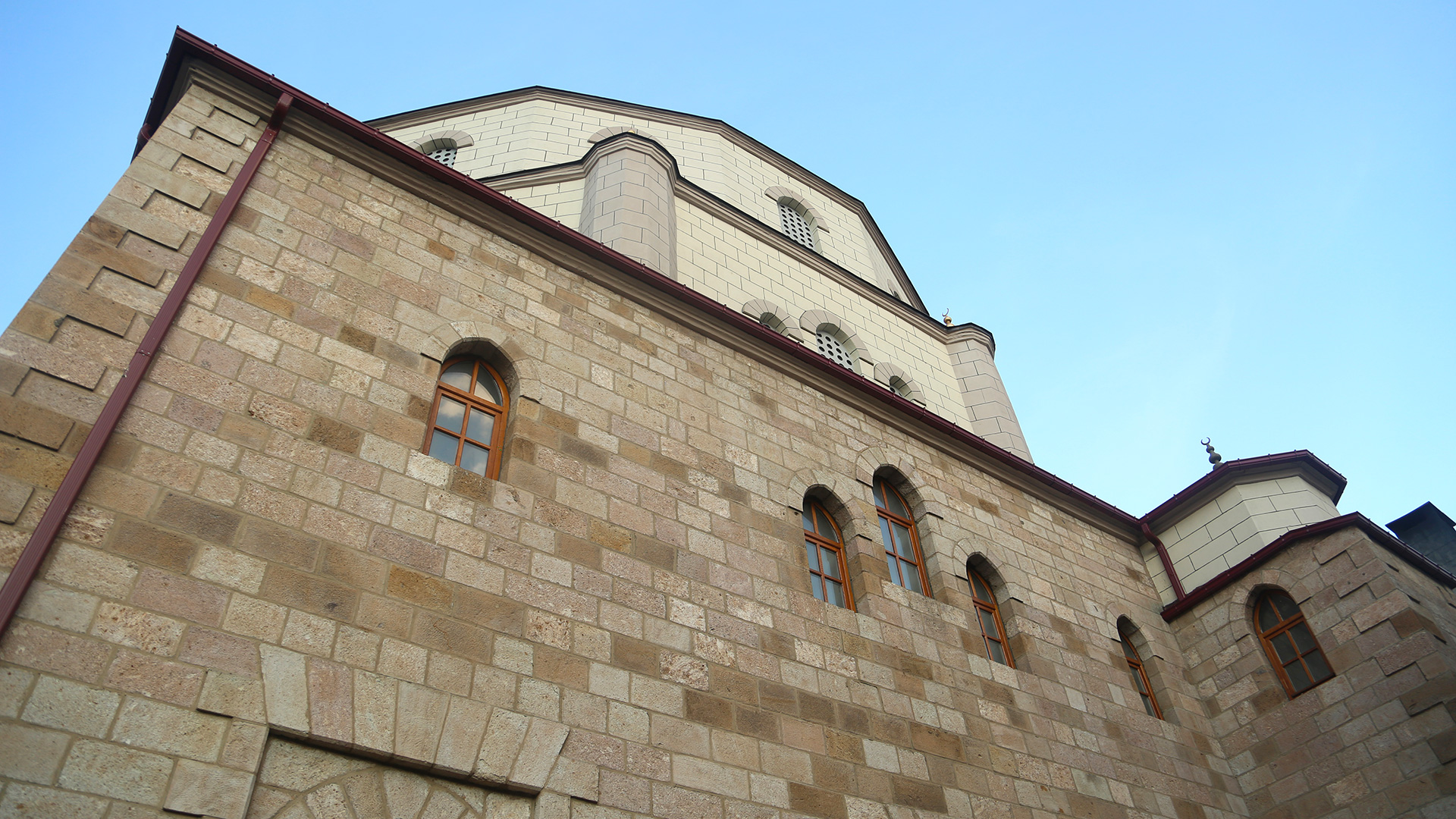 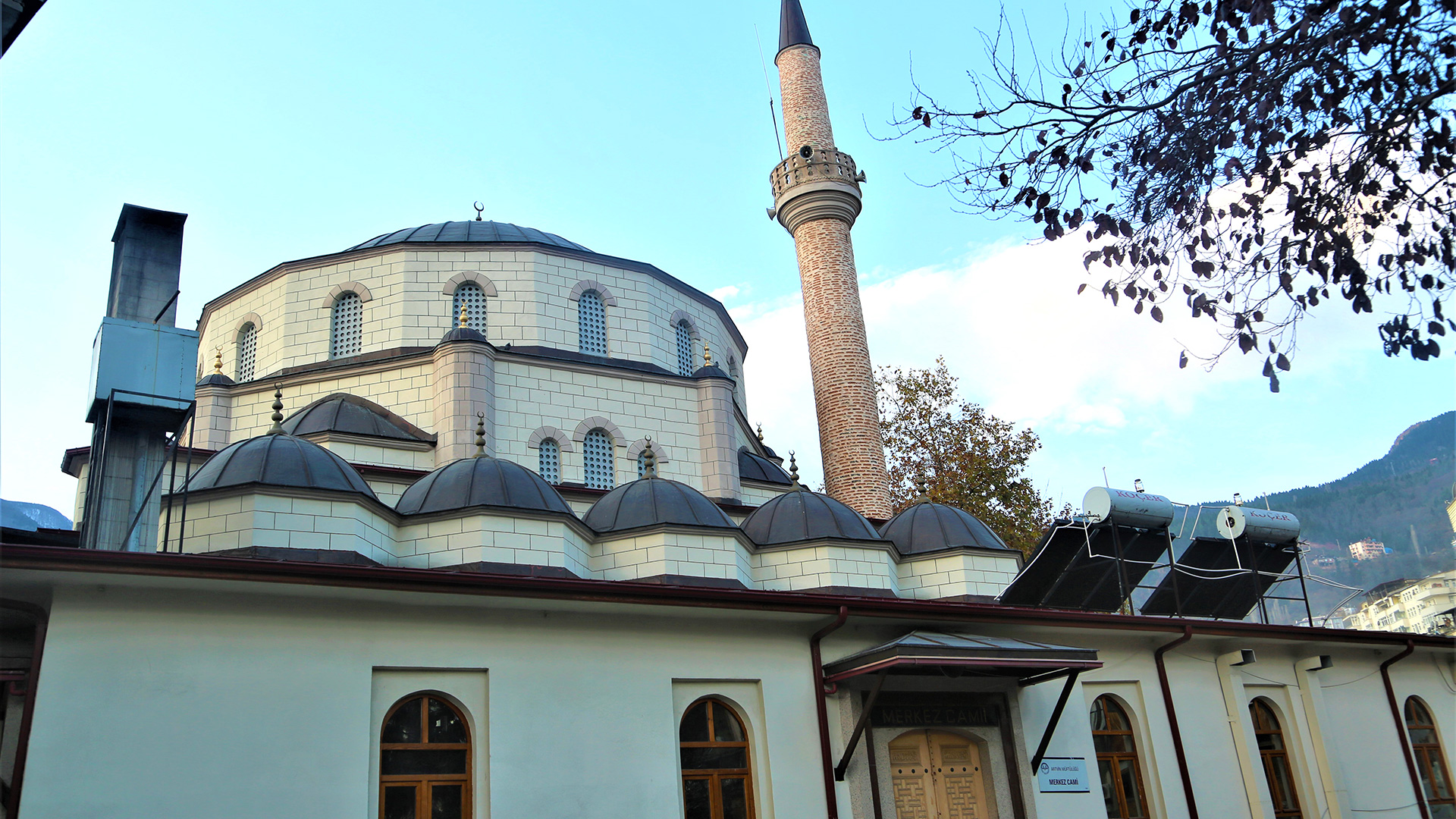 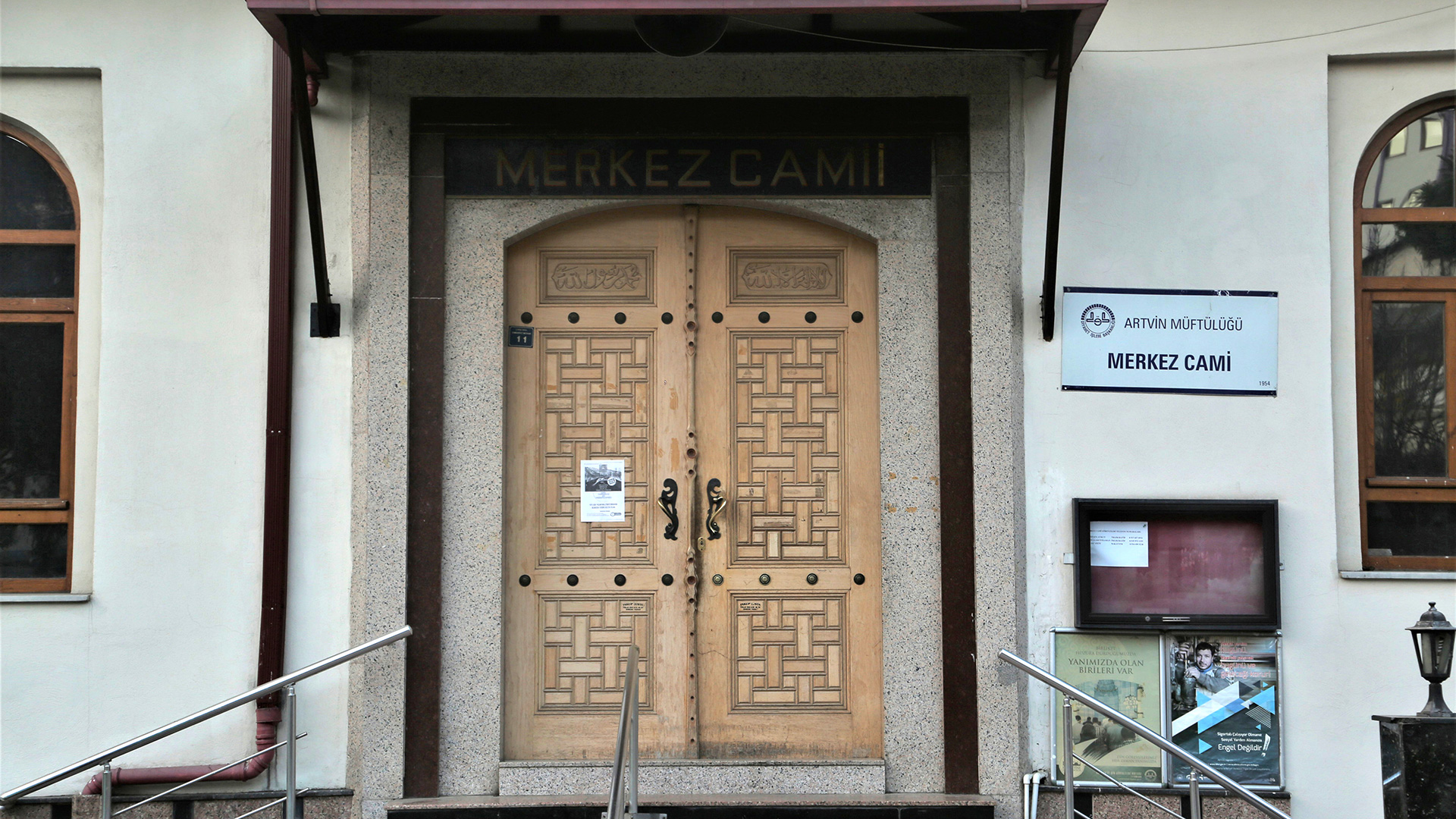 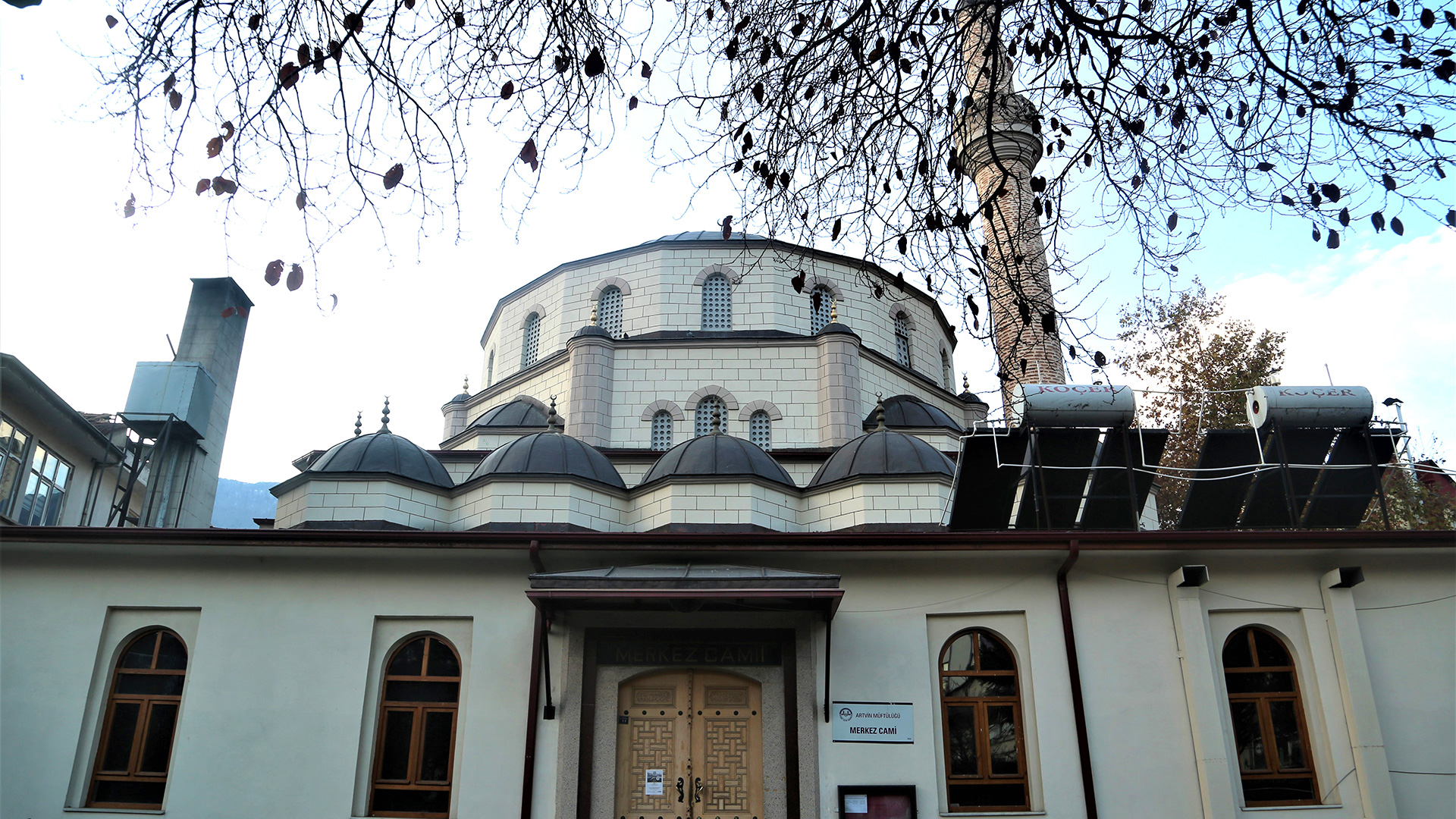