Double Bridges, one of the works from the Ottoman Empire to today, is one of Artvin's most important 182th century works. Artvin, located in the northeast of Turkey, is famous for its bridges as well as for its plant diversity. There are around twenty bridges in the city from the Ottoman era to the present day. The regional stone workmanship stands out on these bridges. Double Bridges is 25 kilometers away from Ortacalar District in Arhavi district of Artvin. Located at the crossroads of Arılı and Küçükköy, the historical building consists of two separate bridges positioned vertically. Both bridges have one-eyed feature. Double Bridges belong to the class of stone bridges. It is estimated that the Double Bridge, which has survived to this day, was built in the 18th century. Double Bridges are also known as Ortacalar Arch Bridges. The roads of the bridge are not straight, they have an inclined structure. Bridges have completed each other. Therefore, it has a full circle feature. Double Bridges are built right above the stream flowing over the Kamilet Valley. Double Bridges, in other words Double Bridges, are located ten kilometers from the city center. Double Bridges are among the tourist attractions that are at the focal point of city tourism. Double Bridges are also located just above the highland access road. Mençuna Waterfall and Life Museum, located around the bridge, is an important alternative for those who visit the bridge. It is also close to many villages. Historical Double Bridges hosted approximately twenty thousand people in a year. Double Bridges have recently begun to attract the attention of tour companies. However, until 20 years ago, the region was not mentioned with tourism. Both bridges measure 3 thousand 550 meters and 280 meters. After the recent restoration, modern roads were built on the upper part of the bridge. There is no written document regarding when and by whom the bridge was built. 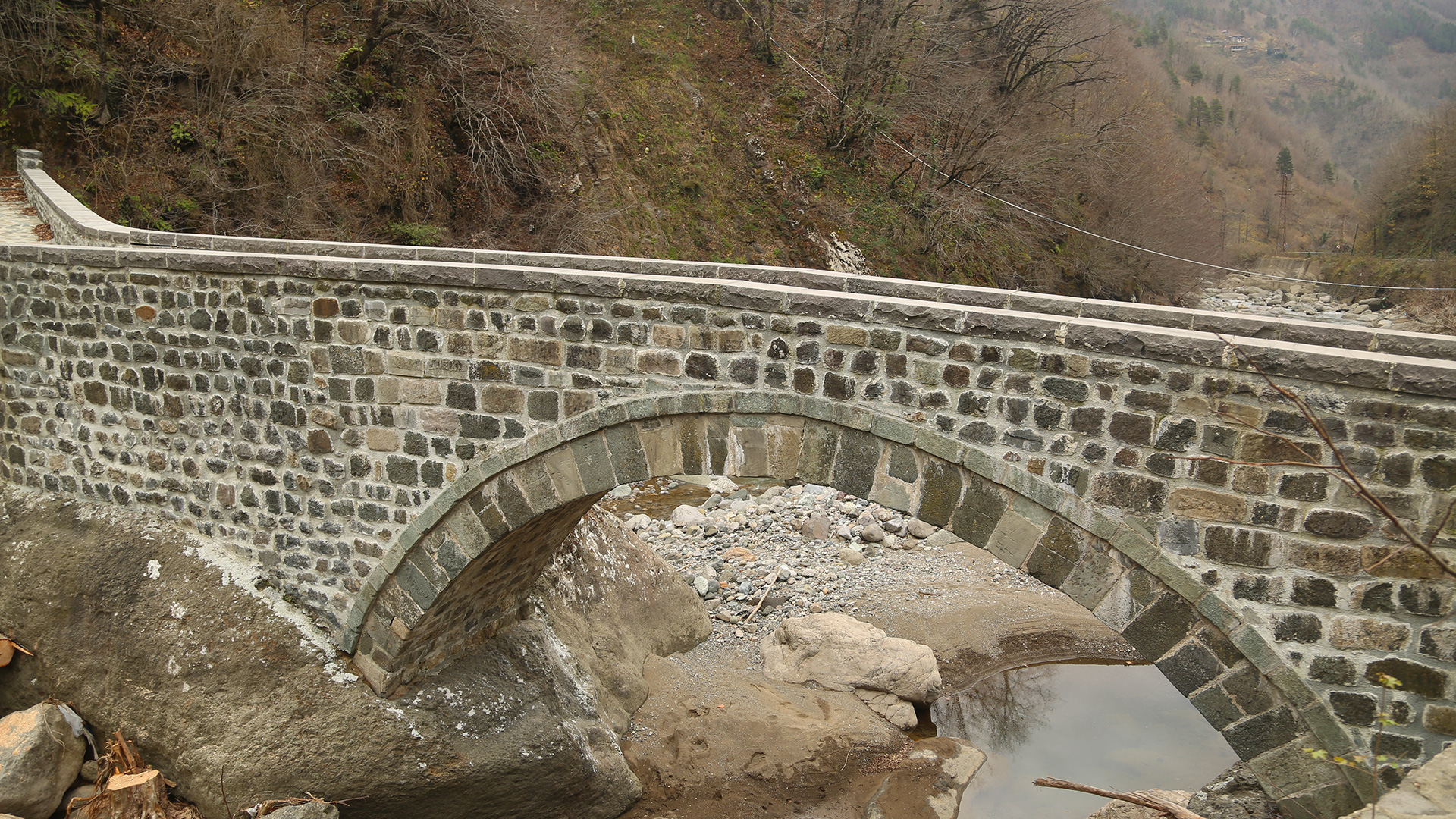 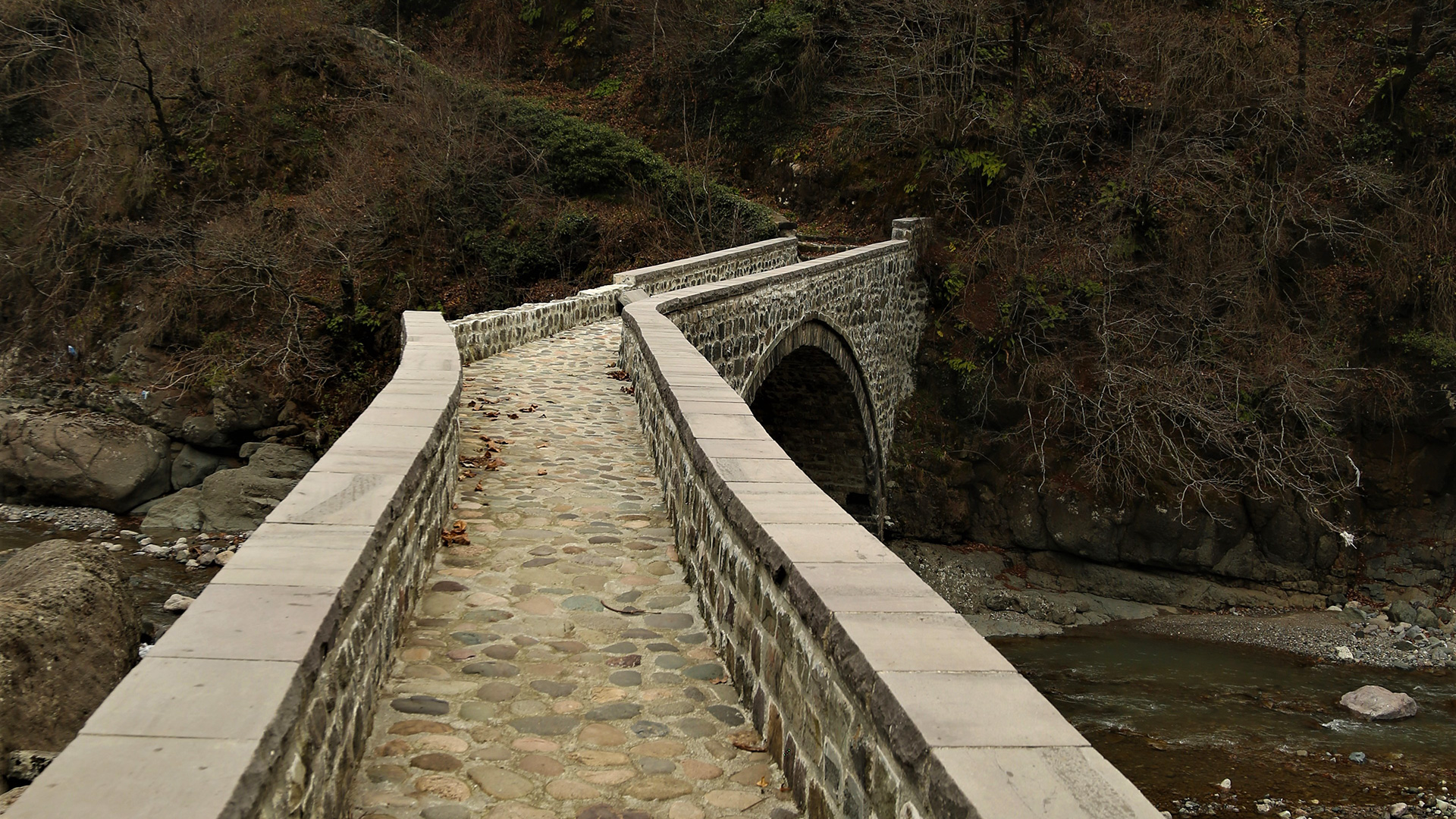 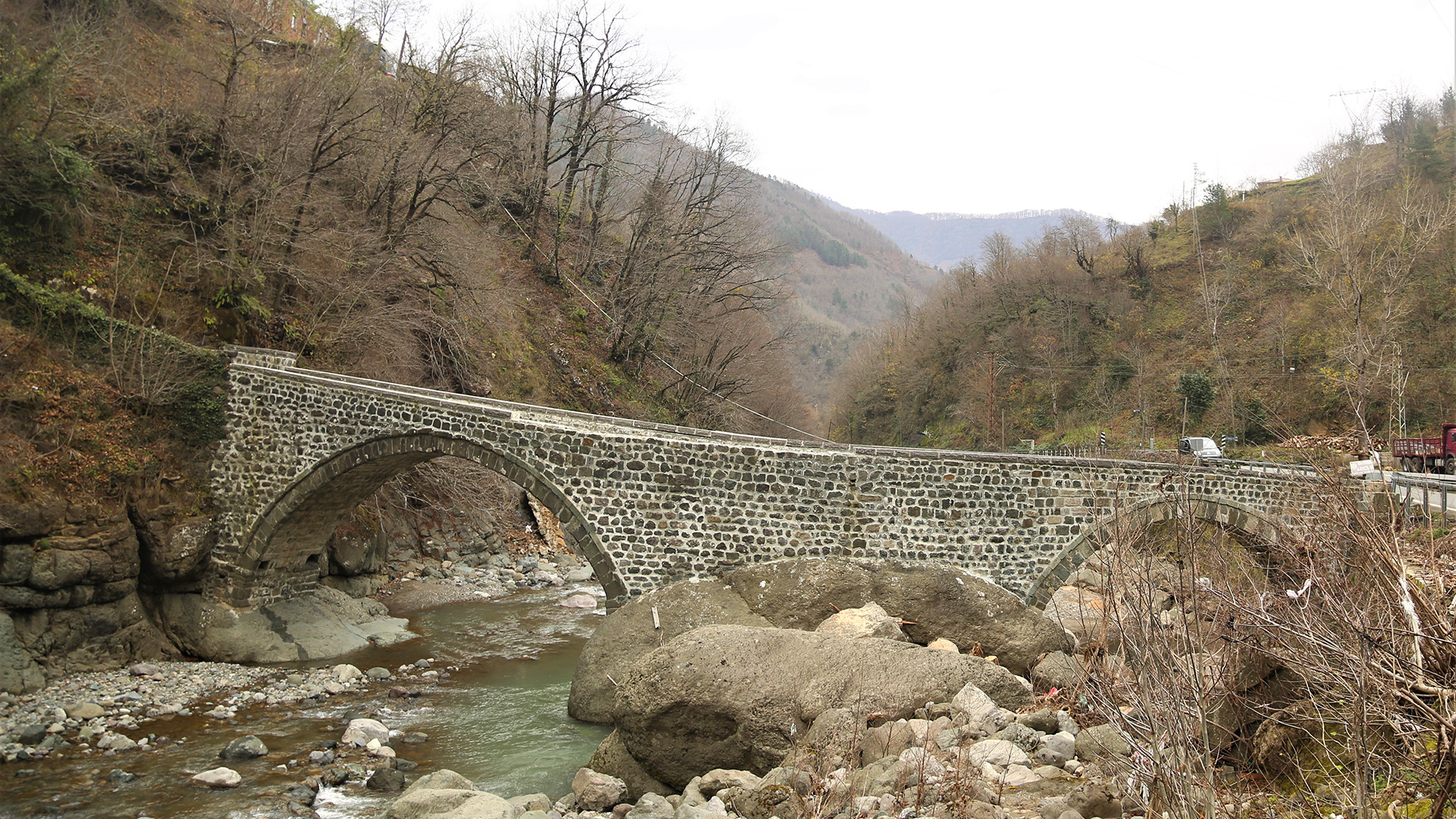 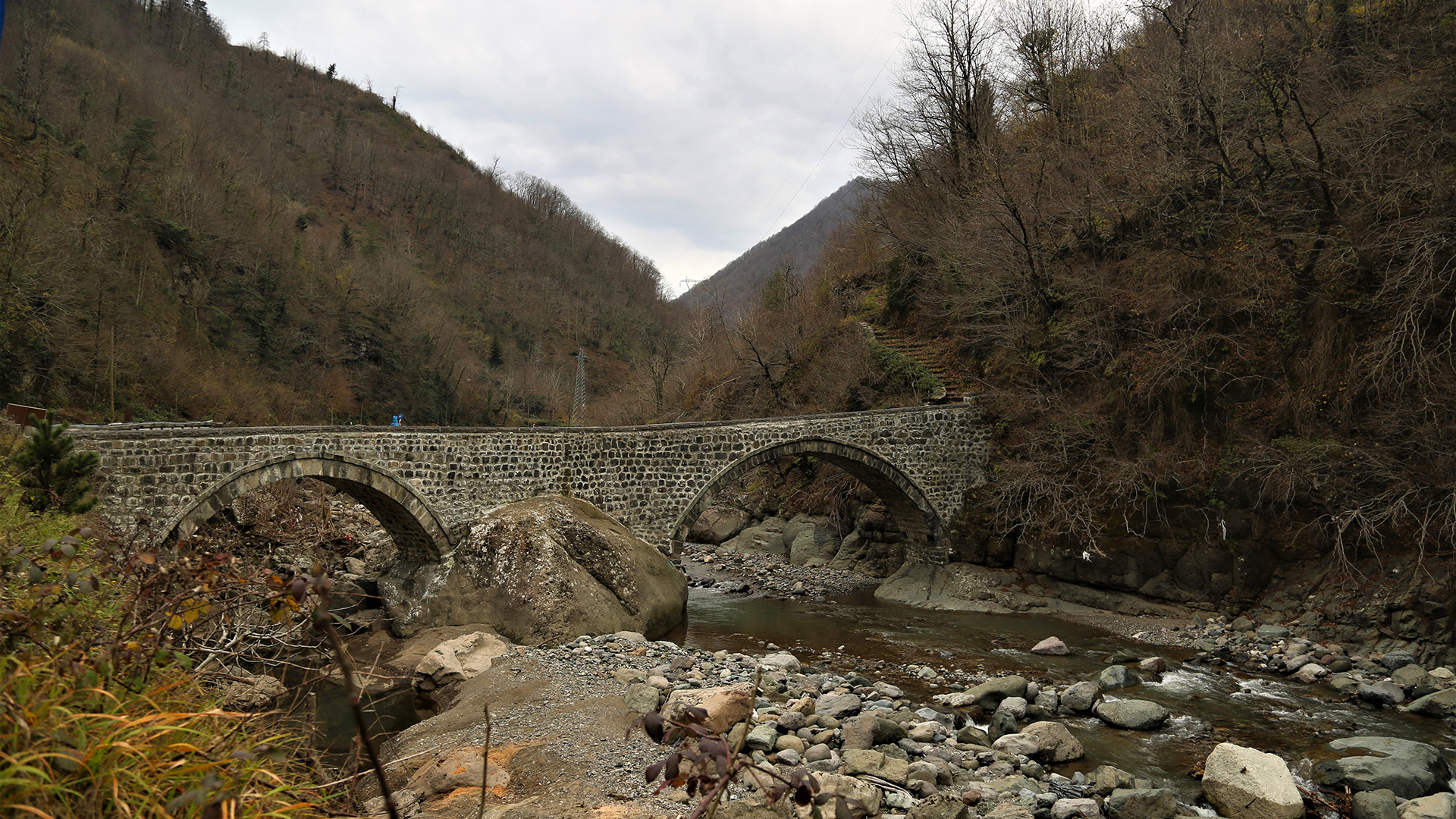